Inevitably, the media have been calling this awful event ‘India’s 911’.

The awful thing is that India is not unused to terror attacks- they seem to have been a constant throughout the post-Raj history. Most of these terrible things pass almost unnoticed in the west. Who remembers this from 2006 for example-

A series of seven explosions killed at least 174 people on crowded commuter trains and stations Tuesday evening in the Indian financial capital of Mumbai, police said.

Analysts are comparing the attack with the mass transit bombings in Madrid in 2004 and London last year, saying they all involved a series of mutiple blasts and were well-coordinated.

Check out the details here…

These attacks are a little different, as they strike at the heart of India’s elite- the seat of financial power in Mumbai.

Who was responsible? No-one is sure. Al Qaeda has been suggested, although they always are. Religion and it’s power to convince people that the ends are justified by the terrible means always seems to have a part to play (check out earlier post about religious fundamentalism.)

India will blame Pakistan. They always do. And the whole world watches them looking at each other down a nuclear barrel…

Which brings me to my point. What should our response be to such dreadful violence- our personal response, and our collective response? 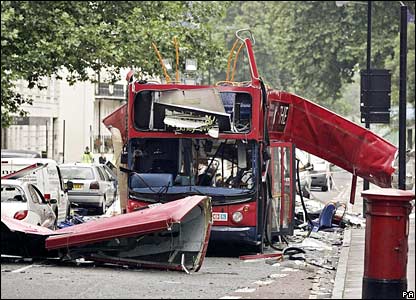 Britain too has had it’s share of terrorism. For the past 40 years or so, it was related to Ireland. Now we seem to be a breeding ground for a new generation of terrorists who grow up as part of a disaffected  ethnic underclass.

When terrible things happen, there seems that governments have to be seen to ACT. This is one of the ways that democracy works. We want our governments to be active and decisive in the protection of our way of life- or at least governments think we want them to do this.

The debate becomes simple. We are under attack, we must fight back. We must not let them get away with this.

The outcome of this seems to be that Governments in turn are able to justify terrible acts in REACTION.

A whole language set evolves- that ludicrous term ‘the war on terror’ is but part of this.

America had it’s own dreadful day of terror- 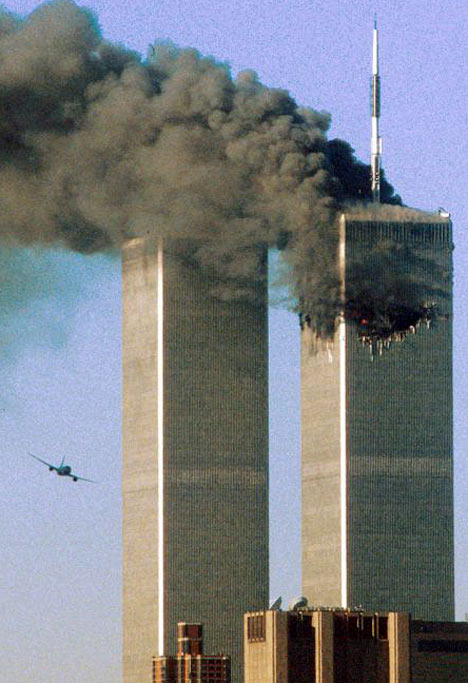 It was a day when the whole world held its breath, and in that instant, history found a fulcrum.

What happened next? Wars in Afghanistan, which once started will now go on, and on.

A war in Iraq, which was sold to members of the public on a set of fears that have now been found to have no basis in truth.

And a suspension of human rights, in the name of international security. State sponsored torture and detention without trial.

Shortly after 911, Brian McLaren wrote an open letter to President Bush. I remember reading it, and feeling proud that Christians-followers in the way of the King of peace- could raise their voices for justice and love and understanding, even in such a time as this. I think that this is our calling.

Never to condone, but always seek to understand. Never to accept that violence is the answer to violence. And that healing is possible, even for the most broken.

I have searched for a copy of Brian McLaren’s letter, to see how what is to be made of it with hindsight, but can’t find it (anyone out there know where I can find it?)

I think that we can already guess what history will remember most about Bush and Blair, and the stain of Guantanamo in a time when imperialism was resurgent.