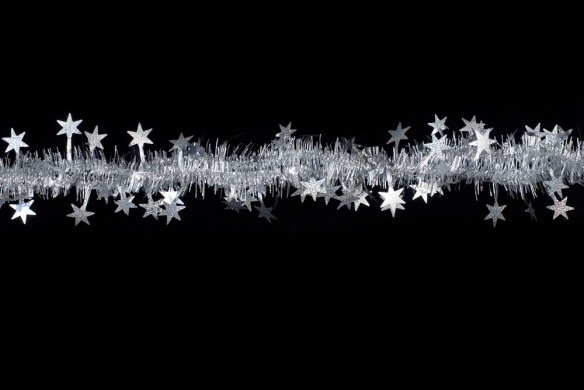 It is coming- the ringing of the tills and the twinkling of the plastic stars. The singing of the Santa Claus songs and the pressure to eat and drink till we burst.

At some point over the last 100 years- somewhere between Dickens and and ‘A Muppet’s Christmas Tale’ (fine film though it may be)- we were occupied by forces of the Empire. It happened whilst we were looking the other way- distracted by another shiny gadget.

Don’t get me wrong- I have nothing against secular festivals- in fact I think there should be more of them. Anything that brings us closer together and celebrates our humanity is good as far as I am concerned, and you could argue that our Christmas took the slot in the year previously occupied by pagan feasting.

I do however feel a slight tinge of irritation at the fact that Christ gets hardly a mention in the representation of Christmas in popular culture. The icons that survive are ones that seem to me to fit in with the Disneyfication of it all- the tree, snow, twinkling lights, Santa Claus and of course, the giving of gifts. Lots of gifts. There is some mention from time to time of the ‘true meaning of Christmas’ uttered in films by some bloke in a red suit and a stick on beard. As far as I am able to understand this usually involves believing in Santa, being nice to your family and consuming lots of Christmas product.

And there is the rub- the consuming of product.

The incredible pressure exerted by the massive Capitalist machine to suck us all into a vortex of buying, eating, drinking. The system depends on it. Without strong Christmas sales then the whole edifice (already rather rickety) will come tumbling down. So do your bit- credit cards out boys and girls, lets take one to preserve our way of life.

How we Christians continue to live with the contradiction of celebrating the birth of a man whose whole life was a warning against storing up pointless possessions on earth is always a matter of amazement and guilt for me. Jesus- the man of poverty who told his followers that they did not need two shirts for their backs.

More importantly, a man who spoke more about one issue that almost any other- our individual relationship to money. The camel and the eye of the needle, the widows mite, the alabaster jar, the sermon on the mount, rendering unto Caesar etc.

Then there is the matter of exploiting the poor- doing unto the least of these. All those factories in far off places paying peanuts. All those brand names stitched on by people whose whole yearly salary amounts to less than one shoe worn by a pampered western foot. The trade circle controlled by those who have at the expense of those who have not.

All celebrated at the feast of Consumermas.

The older I get, the less willing I am to attend this particular feast. Call me rude, but I have another one to go to- a simpler one. Less shiny, costing far less money, connected with something far more important.

You are invited too.

I mention this friends, as once again, we will be thinking about the shopping. We will be wondering what we can afford, who we feel an obligation of love, friendship or duty towards. It will feel like a power over us beyond our control.

But it is not.

Stop consuming. Share life, share love, share time. Make stuff, gather with friends and do the ‘secret santa’ thing. Give stuff away that you no longer need. Buy gifts only from charity shops ( a great idea Samir!)

Start your own Advent Conspiracy.

Find silence in the clamour of another crap Christmas number one endlessly replayed. Celebrate mystery and light in the middle of darkness.

You have to start somewhere- Consumermas is coming, and will not let you go easily, or without emptying your wallet.