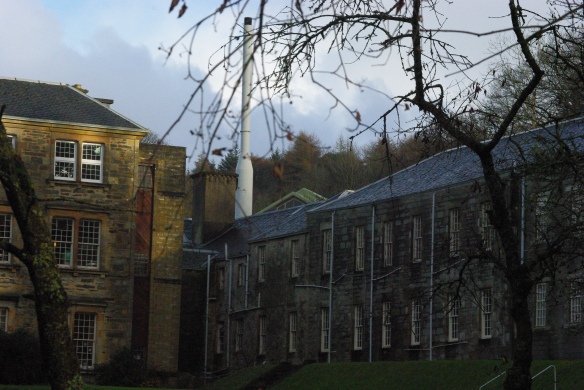 I listened to this today, and it made me cry.

There was a story told by a woman who returned to the mental hospital secure ward where she had been incarcerated years before. The building was being demolished and she was there to take photographs. But walking into the building she could hear the noises of people shouting and screaming, and she could remember feeling so dreadful whilst she was there that she broke both arms by smashing them into the wall in the hope that they would have to take her somewhere else. She cried as she remembered the dead butterflies she saw on the floor of the empty ward, and could only bring herself to take photographs with all the heavy locked doors wide open.

But there were also lots of other stories of people who found their own healing- their own recovery.

It is 15 minutes long, but full of beauty. Go on, have a listen.