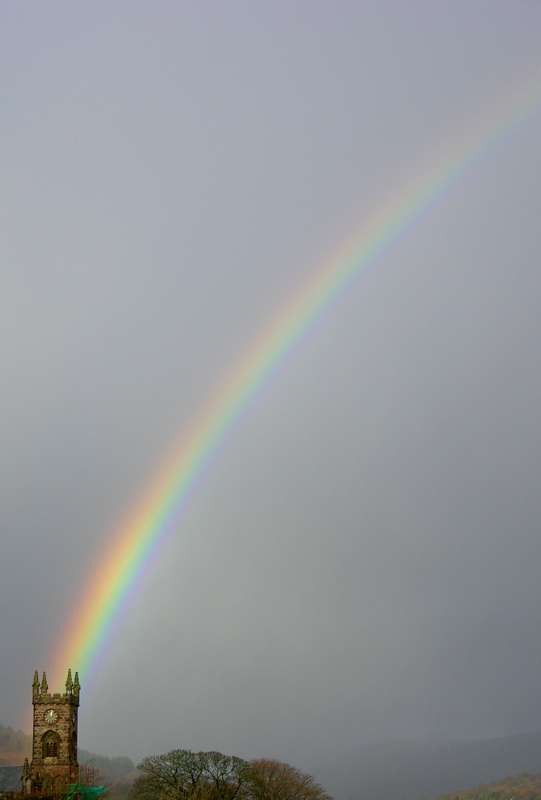 There is a persistent message at the heart of the socio-political narrative that underpins movements in the world at present, and it might be defined as ‘me first.’ You can see it clearly in the drive towards Brexit, and the rise of the right wing ‘make America great again’ rhetoric of Trump. It taps into the fear of the rest of us as we watch the overall pot that we feed from shrinking and as outsiders seem to be massing at our borders.

The zeitgeist seems to be that we need to look after our own, because we are special. The ‘others’ are less worthy. Their needs are less valid.

The result is a kind of retreat into gated communities, guarded constantly against contamination by the unworthy, the ungodly, those who need hand outs and are too feckless to stand on their own two feet.

This thinking also seems to extend into environmental thinking. Measures that suggest that we should make sacrificial decisions in order to prevent climate change are dismissed intellectually and morally, as they are not putting ‘me first’, and anyway the Chinese made it all up didn’t they?

This kind of thinking may yet result in war. Monbiot certainly thinks so- he said this in the Guardian a couple of days ago;

Governments across the world are making promises they cannot keep. In the absence of a new vision, their failure to materialise will mean only one thing: something or someone must be found to blame. As people become angrier and more alienated, as the complexity and connectivity of global systems becomes ever harder to manage, as institutions such as the European Union collapse and as climate change renders parts of the world uninhabitable, forcing hundreds of millions of people from their homes, the net of blame will be cast ever wider.

Eventually the anger that cannot be assuaged through policy will be turned outwards, towards other nations. Faced with a choice between hard truths and easy lies, politicians and their supporters in the media will discover that foreign aggression is among the few options for political survival. I now believe that we will see war between the major powers within my lifetime. Which ones it will involve, and on what apparent cause, remains far from clear. But something that once seemed remote now looks probable.

I hope he is wrong, but this rather bleak view of the arc of world affairs has some historical backing. Wars emerge in times when unfettered self interest is inflated by the politics of fear. Add in a dose of scrabbling over scarce resources and the end result is war.

Religion has a key role to play here also. Remember that even as religion is a declining force here in Europe, it remains a vital engine in American politics. More pertinently it is of growing significance in the wider world, particularly the Islamic world, but also the rise of Christian fundamentalism in Asia and Africa. Religion, no matter how much followers might declare it’s purity and accordance with divine texts, does not exist in a vacuum. It both influences and is influenced by the politics and defining social circumstances of the time.

We might ask then how it is possible for Christianity to co-exist with me-first politics- surely the two concepts are entirely incompatible? The defining text is perhaps the great Jesus manifesto of the Sermon on the Mount. How can anyone claim to be a follower of the man who gave us these words and at the same time want to build a wall between themselves and the desperate need of their neighbours?

It is almost as if the exclusivism demanded by our religious creeds is part of the very problem that Jesus came to challenge. Jesus who loved sinner and saint alike, who was prepared to cross and barrier of race, gender, religion in the name of love. Jesus who told people of other religions that ‘their faith has saved them’.

Which brings me to the point of this piece. A few years ago I wrote a piece on this blog in which I (almost) came out as a universalist. I said this at the time;

For most of my Christian experience, people who held universalist views were on the slippery slope to damnation, if not already in free fall into hell. Universalists believe that God’s plan of engagement with the salvation of creation includes the aim to save EVERYONE- not just a selection of (most of) those who said the sinners prayer and so escape the fate of the apostate majority.

Well my position has continued to shift. Many of my friends will disagree vehemently with me on this, but here goes.

I believe that God is not bound by any particular religious creed.

I believe that we have to always remain open to the other- to listen, to understand, to learn and even to be changed by the practices and beliefs of those outside our immediate understanding.

Christians, of any kind, either side of the Atlantic, are not ‘better’.

The New Kingdom that Jesus talked about does not exist within any earthy dominion. In fact, as best as I can understand it, the whole point of this new kind of Kingdom is that it is a rejection of the whole idea of kingship, and suggests a simpler way of love and the unity of all things, both human and the wider world we live in.

Today I read the something by Richard Rohr, who said this (after a couple of pithy quotes);

If we take the world’s enduring religions at their best, we discover the distilled wisdom of the human race. —Huston Smith

For those of us living in the 21st century—an age of globalization, mass migrations, and incr

The divisions, dichotomies, and dualisms of the world can only be overcome by a unitive consciousness at every level: personal, relational, social, political, cultural, inter-religious dialogue, and spirituality in particular. This is the unique and central job of healthy religion (remember that re-ligio means to re-ligament!).

Many teachers have made the central but oft-missed point that unity is not the same as uniformity. Unity, in fact, is the reconciliation of differences, and those differences must be maintained—and yet overcome! You must actually distinguish things and separate them before you can spiritually unite them, but usually at cost to yourself (see Ephesians 2:14-16). And this is probably the rub! If only Christianity and other religions had made that simple clarification, so many problems—and overemphasized, separate identities—could have moved to a much higher level of love and service.easingly multi-religious and multi-ethnic societies—mutual understanding and respect, based on religious pluralism rather than religious exclusivism, are extremely critical to our survival. The insights from the perennial tradition have much to contribute in developing and strengthening multi-faith relations. Its insights help to combat religious discrimination and conflicts between and within religious traditions, and to develop more pluralistic paths of religious spirituality. Today . . . we see scholars and spiritual teachers forging new, more inclusive spiritual paths that recognize other religious traditions as sources of insight and wisdom. They are informed by the teachings and spiritual practices (meditation and contemplation) of multiple religious traditions. —John L. Esposito

The divisions, dichotomies, and dualisms of the world can only be overcome by a unitive consciousness at every level: personal, relational, social, political, cultural, inter-religious dialogue, and spirituality in particular. This is the unique and central job of healthy religion (remember that re-ligio means to re-ligament!).

Many teachers have made the central but oft-missed point that unity is not the same as uniformity. Unity, in fact, is the reconciliation of differences, and those differences must be maintained—and yet overcome! You must actually distinguish things and separate them before you can spiritually unite them, but usually at cost to yourself (see Ephesians 2:14-16). And this is probably the rub! If only Christianity and other religions had made that simple clarification, so many problems—and overemphasized, separate identities—could have moved to a much higher level of love and service.

Ideas matter, whether we chose to acknowledge them or not. Religious ideas matter even more, not just because of their meaning, but the power they have to shape whole societies, for good and ill.

I refuse the exclusive me-first religion of Trump and his ilk, in the same way that I refuse the exclusive me-first religion of the Islamic fundamentalists. However, if I am to remain open to the Spirit that is in all things, I must accept that difference is precious but also has something to teach me, rather than requiring me to dismiss, to resist, to declare ‘evil’.

Final words go to a local hymn writer, George Matheson (1842-1906, writer of that great Victorian Hymn ‘O love that wilt not let me go’. He was the rector of the church in Innellan (we are about to be neighbours) for 18 years. It is now known as ‘The Matheson Kirk’ because of the legacy he left. He wrote this hymn;

1 Gather us in, thou Love that fillest all!
Gather our rival faiths within thy fold!
Rend all our temple veils and bid them fall,
that we may know that thou hast been of old;
gather us in.

2 Gather us in: we worship only thee;
in varied names we stretch a common hand;
in diverse forms a common soul we see;
in many ships we seek one spirit-land;
gather us in.

3 Each sees one colour of thy rainbow light;
each looks upon one tint and calls it heaven;
thou art the fullness of our partial sight;
we are not perfect till we find the seven;
gather us in.

4 Some seek a Father in the heavens above,
some ask a human image to adore,
some crave a spirit vast as life and love;
within thy mansions we have all and more;
gather us in.