There has been some more chat on various sites about EC. The usual questions are being examined again- is the term useful? Did the ’emerging conversation’ promise much and deliver little? Does it still have any use or relevance? 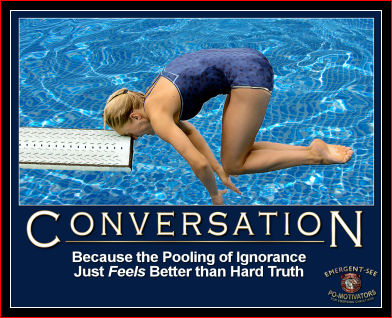 Creative (if rather unsympathetic) posters from here!

Back in September, I posted another review from the blogosphere- here.

Then in January, I spoke about the fact that our group had decided to stick with the word ’emerging’ for now.

Then in February, I asked what is emerging?

Then Jonny Baker pointed us to this post a week or so ago, which he responded to in a great post entitled

if you are disillusioned you’d better ask yourself…

Then there is a really good post from the Emergent village website- here, that responds to some of these discussions. As ever, it is useful to remember that Emergent Village (often foreshortened as ‘Emergent’) is one of the conduits for conversation about emerging church- but does not claim to represent, or even lead, the conversation. It is worth re-stating this, as some of the key figures in Emergent- Doug Pagitt, Brian McLaren, for example- have attracted much criticism, and controversy. I have an awful lot of respect for both, but neither would claim to lead anything called ‘the emerging church’. 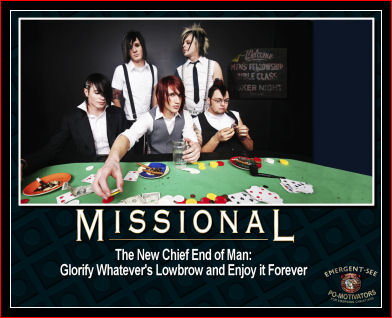 I spent some time thinking about where I am up to with the ’emerging church conversation’ (I always feel I have to use parenthesis around the phrase!)

I realised that I feel really quite comfortable with the label now. For me, it has brought me into contact with greatly positive and inspirational people, ideas and resources.  I do not see myself as a member of ‘The emerging church’, because I still think that ’emerging church’ is a verb, not a noun.

Neither does the small church group I am part of call itself an ’emerging church’, although we might continue to hope that we are being drawn forward into new things by the Spirit of God.

Over on the Emerging Scotland ning site, Vicki Allen asked the question- ‘what does emerging mean to you?’ and encouraged people to list three things that were meaningful to them. I thought about it for a while- and then settled on these three-

1. The freedom to re-imagine and re-discover COMMUNITY.

2. The freedom to re-imagine and re-discover THEOLOGY- particular ‘small’ theology (by this I mean theology that is respectful of our inheritance, but interested in it’s application to our own locality and community.)Add New Post ‹ this fragile tent — WordPress

3. The freedom to re-imagine and re-discover the MISSION of the Kingdom of God.

I remain grateful for Emergent, and the emergence of rich ways of understanding the nature of our engagement with Jesus in our post modern context.

The rest, well that is up to Him. 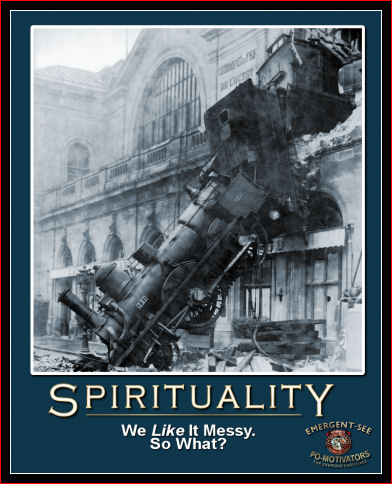 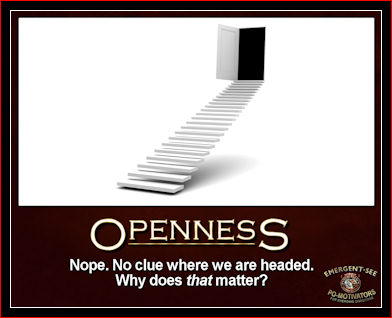