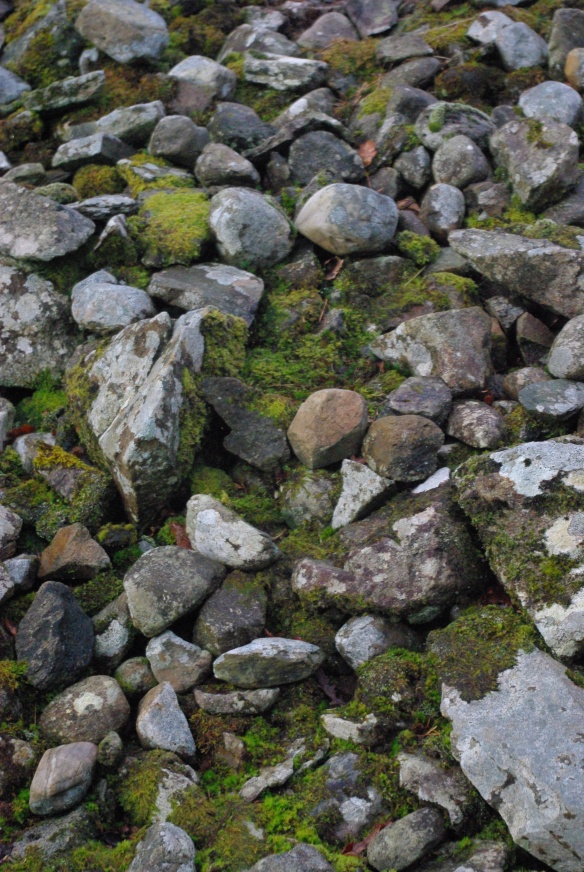 I took a little walk in Kilmartin Glen this lunchtime, as I had an hour to kill between meetings.

It is a landscape littered with ancient history- revealed in stone. It contains a concentration of neolithic and bronze age sites that is probably the richest and most concentrated in all Europe. There are more than 350 ancient monuments within a six mile radius of the village of Kilmartin, 150 of them prehistoric. Monuments include standing stones, a henge monument, numerous cists, and a “linear cemetery” comprising five burial cairns. Several of these, as well as many natural rocks, are decorated with cup and ring marks.

I took a little stroll up the old hill fort of Dunadd– centre of the ancient kingdom of Dal Riata, the original Scots- who came over from Ireland some time in the pre Christian period.

It was a place visited by St Columba on his great missionary journeys.

Marked in the rocks are a carved footstep and bowl, thought to have been used as part of the coronation ritual for kings. They would be no use to me (should anyone suggest me as the next king) as my feet are too big.

Around the kirk in Kilmartin Village are many medieval stones- to complete the journey towards modernity. Lives of fighting men remembered in intricate recorded stone. Our longings to be as close to immortal as technology will allow us to become. 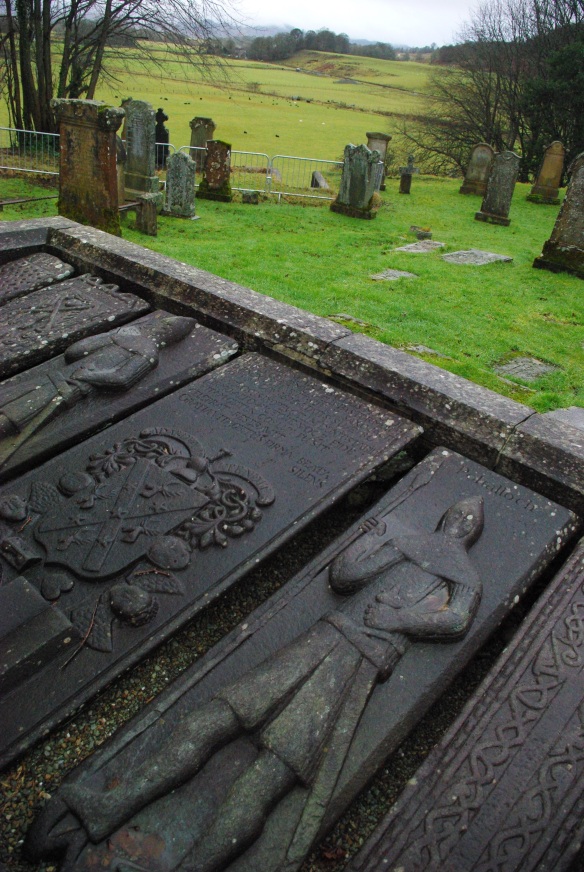 It is a place where we feel our beautiful fragility.

And in my case, then go to another bloody meeting.

1 thought on “The stones of Kilmartin…”