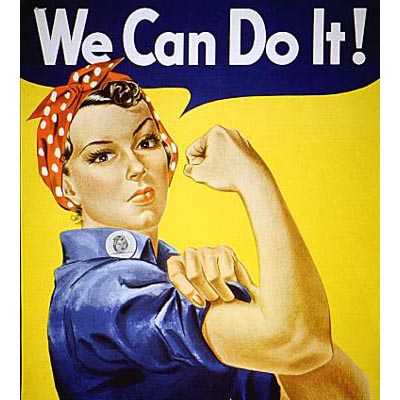 There has been some discussion over on Jonny’s blog about that old issue of gender in leadership. It seemed to rage over two different book reviews- here and here– both of which were on new forms of church, and both of which were overwhelmingly male in authorship and involvement.

Some of the comments have been very pointed and it is quite likely that some people have been left feeling sore by the whole thing. I know that blogging can easily result in these kind of ego rattling discussions, but to be honest, I have never liked them. It is like watching a slowly unfolding car accident- compelling, but at the same time unpleasant.

Not that the issues do not need to be aired.

I have my own particular perspective on these issues, as we all do. Our small group has no leaders- in the formal sense that is. Different people take (or are given) control at different times however. I also meet with another Bible study/prayer group, in which I am usually the only man.

In both of these gatherings, leadership, as far as it exists, is best understood in terms of hospitality. And in this, we do have a leader- and she is the one who organises, invites, disseminates information, provides tea and a listening ear. This kind of leadership is so much more than being the host of a dinner party- it is faciliative, releasing and creative in the way that it makes people feel safe, included and part of something. It is both the object and the means by which we become church.

Perhaps you could say that this is what female leadership looks like. And if so, it seems to me to be the kind of leadership that is needed within our new forms of church more than any other.

Women might be better at this kind of leadership than men (or rather some women might be better than some men, with the percentage balance towards the women) but let us be honest- we can all get it so wrong.  And this is often revealed in how we use personal power as much as how we display public leadership.

I am no longer easily ‘led’ by anyone- male or female- but I hope I am an easy companion as we walk side by side. And when I see power being used to overcome, overwhelm, overpower- particularly when this is done callously and with scant regard to the damage being done- then our ways will diverge.

So for me, the new forms of church that are emerging have an opportunity to correct some of the public leadership gender imbalance- and this seems to me to be a great thing. But despite the fact that I am a straight, white male, I am going to risk saying this-

There are more important things.

1 thought on “Church in the margins- gender and leadership…”