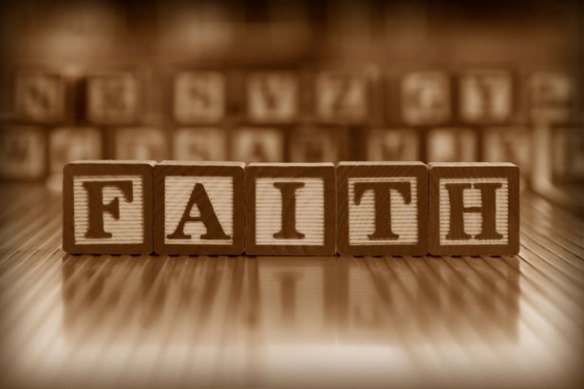 I have been thinking about that old polarity of faith/unbelief recently. This because of a few significant conversations with friends who have been grappling  with their faith, and also because it has long been an issue for me.

The old Evangelical way of understanding faith is all about assurance- we would quote Hebrews 11 v1-  Now faith is being sure of what we hope for and certain of what we do not see. Faith was something breathed into us by the Holy Spirit- it was about certainty, security, muscular purposefulness. Without faith it is impossible to please God.

Except it never felt that way. And so I wondered if God could ever be pleased with me.

Over the years I became more open about the  insecurities of my faith- and discovered that I was far from alone. Sure, I know some lovely people who have not a shadow of doubt- they would echo the words from Hebrews. Some seemed to relax into a beautiful kind of faith, which became a deep well of joy in their lives. To be with these people is a great blessing.

But many others, like me, experience faith as a fleeting presence- ebbing and flowing. Sometimes within grasp, at other times a million miles away.

More recently I have discovered that my faith, rather than being the polar opposite of doubt, can actually flourish in the presence of doubt. It is not that doubt cancels out faith- rather that the honest place of uncertainty and not knowing becomes the means through which I seek to humbly approach God. And sometimes, there he is…

I may well carry temperamental characteristics that skew me towards this kind of faith- but I also wonder if some of this (un)believing (a nod to Pete Rollins for this parenthetical trickery) has been fostered by engagement in all of that deconstruction that happened around the Emerging Church Conversation (Capital letters seemed appropriate!) (Perhaps I am overdoing the parenthesis a little now?)

We became very used to unravelling it all- questioning everything, shaking the theological tree right down to its roots. And once you start, everything is up for grabs. Substitutionary atonement? Biblical Authority? Hell? Virgin Birth? Holy Spirit wackyness? An Interventionist God? Everything has a question mark.

I think that those of us that went through this have a faith that in many ways is stronger- but at the same time is far less concrete- far less dogmatic and assured. What Pete Ward described as ‘Liquid Faith’ may well have the capacity to move like water flowing through our postmodern culture- but there is also a danger that it finds a crack and disappears out of sight- at least for a while…

But there comes a time when deconstruction is not enough- we need to start laying down some more big stones on which to place some of our smaller ones. Or if the brick wall analogy does not work for you- time to stop jumping up and down on the theological trampoline and to rest on it’s soft sprung surface.

I think our starting point in this constructing is becoming clearer. In the words of NT Wright-

And how long must it be before we learn that our task as Christians is to be in the front row of constructing the post‐postmodern world? The individual existential angst of the 1960s has become the corporate and cultural angst of the 1990s. What is the Christian answer to it? The Christian answer is the love of God, which goes through death and out the other side. What is missing from the postmodern equation is, of course, love.’

(Sorry forgotten where I got this quote from…)

Others leaders within this debate are increasingly beginning to commit themselves to foundational beliefs- and in some cases getting a bit of a kicking in the process. I am still working on this for myself, but I have been thinking about what might help me navigate within all this creative flow- in my state of (un)belief.

Here are some of the principles that make sense to me-

And may God find his way to us through the cracks of our unbelief.

17 thoughts on “On standing in a place of (un)belief…”