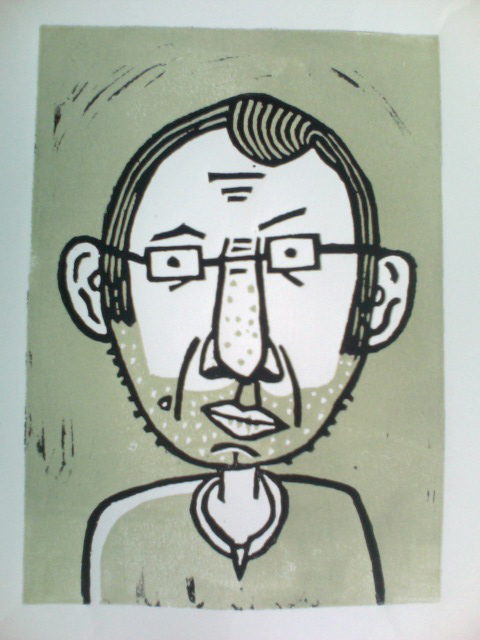 We had a lovely evening last night with Si and Sue Smith, who are up here on holiday at the moment. Above is a picture of Si by his son Jonah- who is obviously following in his talented father’s footsteps…

Si works as an illustrator/artist/all round creative person, and was responsible for the ’40’ images that I wrote some meditations for (See here.)

Last night however, we shared stories of faith journeys- through churches, experiments with new forms of church, leaving church, alternative worship groups and our concerns about our kids in all of this. It was a good conversation, because in many ways our stories are similar. And there is something about the path that we have found ourselves on that at times makes us think that we are alone.

I think the truth is that we are very far from alone- there are many of us who have been ‘activists’ within the church who have found that the institution form of organised faith has become simply impossible to remain within- and so we have set out alone- at least for now.

That is not to say that community and connections with others with whom we can share life is not important- in fact it is all the more so, hence the deep goodness of conversations like last night…

(Happy anniversary to Si and Sue by the way!)