There was a great debate on the radio this morning, involving the author of this book, Michael Sandel; 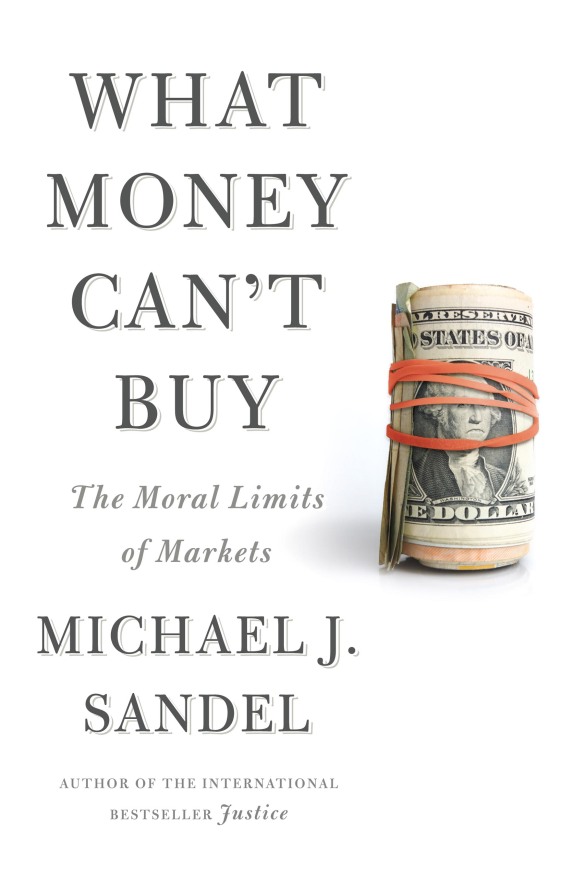 It is well worth a listen, on this link. In fact I would say more, if you have an interest in stepping aside from the Capitalist rut we find ourselves in it is essential reading! Here is the blurb;

On Start the Week Andrew Marr discusses the relationship between markets and morals with the political philosopher Michael Sandel. In his latest book, What Money Can’t Buy, Sandel questions the dominance of the financial markets in our daily lives, in which everything has a price. But the economist Diane Coyle stands up for her much maligned profession, and points to the many benefits of a market economy. The Russian economist Grigory Yavlinksy argues against viewing the world of money as separate from culture and society: he believes the financial crisis was merely a symptom of a wider moral collapse, and that it is time to examine the way we live.

In many ways this is the debate I have been hoping for. The papers are full of doom about the terrible state of the economy, and our politicians seem to have only one solution- austerity. Cut public spending, cut taxes, create wealth for a few, because greed once again is our only salvation. Those who suffer under this regime will be those who always suffer- the poor, the weak, the sick, the broken.

As well as a lack of alternative political/economic thinking, what is also entirely lacking is a spiritual/moral dimension to the debate. Here is Sandel again;