I am half man, half compost- as will be most attendees of this year’s Greenbelt festival.

This is partly the highly digestive social-spiritual mulch that Greenbelt always is, but also down to more corporeal matters;

I live in a place famous for rain sweeping in from the sea and using us as blotting paper, but the rain that fell on the festival on Saturday was something else. Half the site was flooded and thirty thousand feet mixed anything not tarmac to gloop. The less stoical left, but the rest of us had more room to skirt the deepest mire and enjoy still some fantastic music, conversation, art and poetry. 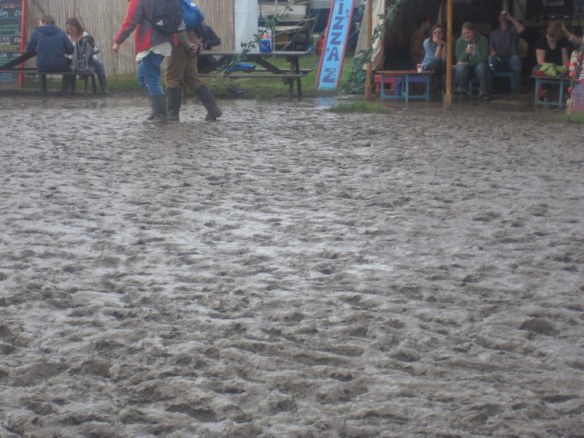 Social- meeting up with friends from Lancashire, from Wales, from London, from Leeds etc. Sharing many a cup of tea and catching up with lives lived at a distance.

Spiritual- I managed to miss all the well known speakers like Tony Campolo, Tom Wright. I enjoyed Dave Tomlinson talking about a being a Bad Christian. Jonny Baker was really good on ‘A different world is possible’ too. I also loved being in the old Cathedral for the pre festival feast hosted by Feig (thanks guys!) 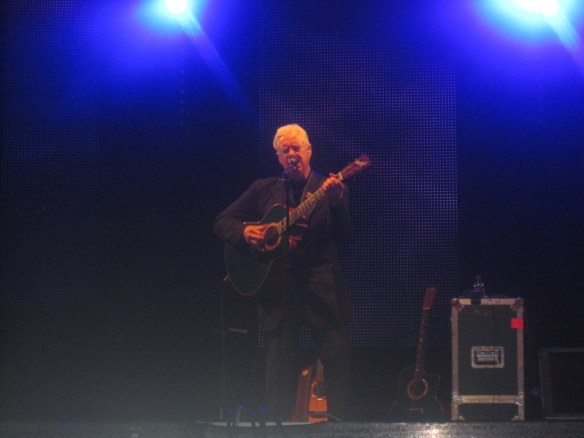 Musical- Bruce Cockburn– my guru for decades – was like a comfortable woolly jumper on a dark night. I knew every song, and most words too. Phantom Limb (Country, R and B, Eagles-like harmonies) blew me away. Then there was the folk fest on the last day- dancing in the mud to the Imagined Village (simply brilliant) and the wacky theatricality of Bellowhead. Martin Joseph reduced me to tears with one song. 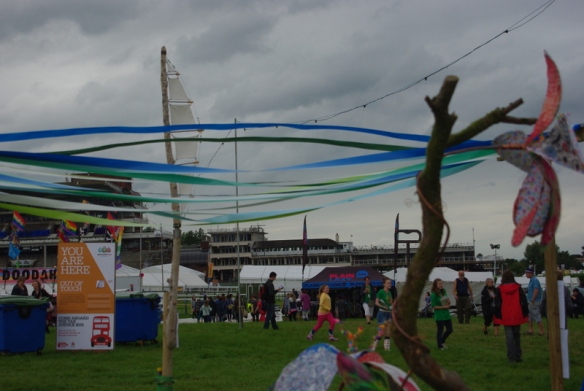 Aoradh’s contribution to the festival was characterised by technology issues! Our sculpture/soundscape installation became, well, just sculptures as the ultrasonic speakers failed to deliver what they promised. They still looked great though. As the weekend unfolded the ground beneath them turned to deep oozing brown sucking mud, but they remained defiant and proud.

Our talk/discussion entitled ‘Don’t do it like us, making real community in small towns and ordinary places’ was very well attended, and we were bombarded with questions. The power failed for half of it so we had to shout!

Another great festival, that somehow, despite the long distances and the conditions, has nurtured and encouraged me.

Now, need to get down to DIY!