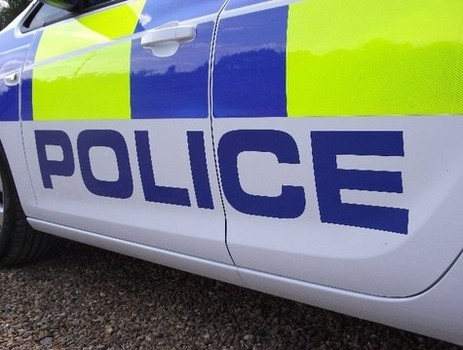 One of the more surprising facts about the UK as we continue to experience our economic recession is the fact that crime rates continue to fall. In fact, the most recent crime survey suggests that last year we recorded the lowest crime rates for 32 years, (since the start of the current survey in fact) and the trend is set to continue.

There are some interesting variations- murder rates and violent crime has reduced significantly, as has burglary and car crime. Shoplifting is up however, as are other survival crimes like pick pocketing.

What can we take from these apparent changes to the way we live together in the UK? Firstly we can be grateful that despite the scare mongering, we live in a such a safe, secure part of the world. Small comfort if you are one of those affected by crime, but you are in a much smaller group than you might have been previously. However, I am not sure that this fact is reflected in public perceptions of their safety. Back in 2011 it was reported that two thirds of the public thought that crime was increasing in their area, despite clear evidence to the contrary. We might conclude from this that our communing is still dominated by fear and suspicion.

We can also be grateful for the skill, commitment and effectiveness of our police forces.The news stories about corruption are noteworthy because they are so rare. The UK police services are simply the envy of most of the world. Perhaps the fall in crime rates is simply because many of our criminals have been caught- they are safely away in prison. Certainly, numbers of people in our prisons are very high; England and Wales has the highest per capita incarceration rate in Western Europe. It should be noted however that crime rates are falling in countries who make much better use of non-custodial and restorative justice measures, which research shows again and again are more effective in rehabilitating prisoners. (Although the research is highly problematic and politically/morally charged- see here for a good discussion comparing UK and US research. Interestingly there is a mention of Evangelist Chuck Colson’s Prison Fellowship Ministries, who appear to have achieved staggering turnarounds for many of the hundreds of thousands that attend their meetings. )

Accepting that sometimes prison is required as a last resort, or even a first resort when the offence is serious enough, do we really need to remove so many people from society? Should we not be more concerned with keeping them anchored (or reconnecting them) to the moral/psychological/social societies they are part of? Ideas of punishment and justice for the victims of crime are important, but surely most people would be more concerned to know that prison was an investment in turning around the lives of offenders- giving them a real new start? The opposite seems to be happening however- lower tariff offences seem to be a way into a criminal career that is fast tracked rather than derailed.

The new super prisons in the UK, built and managed by private companies, warehouse offenders in larger numbers than ever before. There are huge concerns about levels of violence, and suicides are on the increase. The argument is that these private prisons can incarcerate a person at a fraction of the cost of state prisons. What happens in terms of investment in rehabilitation is also predictable. It costs money.

So- crime is falling, but our prisons are full to bursting capacity. Our media continues to support a climate of fear and so no one really questions what is happening in our judicial system. Who profits from this, we have to ask? Companies like G4S are certainly making lots of money, despite damning reports into their operations. Call me an old conspiracy theorist, but I also kind of feel that there are other forces here- there is a political investment in being ‘tough on crime’. There is also a political usefulness in keeping a level of fear and anxiety within wider society- it greases the wheels of power and give the powerful a mandate to manipulate.

But back to the crime figures. If we can not explain the figures in terms of judicial effectiveness, what might explain the fall in crime? Could it be that we are simply becoming a more civilised society? That we are more law abiding? It would be nice to think so, but I wonder if the real reason is not about our increased civilisation, but rather our increased isolation.

Quite simply, if we do less with one another, then it follows that we also do less to one another. Increasingly Britons spend their time in front of screens, distracted and dulled. Our collective experiences are arrived at in cars full of empty seats or on trains plugged into devises that keep us in an electronic bubble. We live vacariously through the lives of celebrities or virtually via on line gaming.

It is good that we are safer from crime, even if we do not feel it.

It is scandalous that we do not take a harder look at the failings of the judicial system that imprisons so many Britons on our behalf. (Check out the Prison Reform Trust for more on this.)

2 thoughts on “Falling crime statistics- what might they mean?”