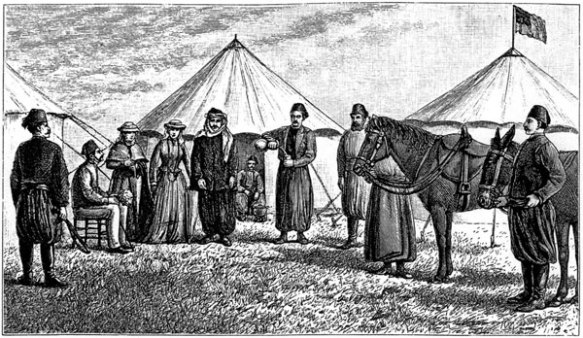 I just watched this programme.

It tells the story of a couple of Victorian twins, both widows, who in later life went on an adventure into Egypt, searching for the very earliest versions of the written scriptures. Their names were Agnes and Margaret (nee) Smith and they were born in Irvine just over the water from where I live.

There is a book that tells the story here.

Their motivation, apart from their obvious love of adventure, was to try to answer some of the questions about the authenticity of Scripture. How can we know that the stories in the Gospels have not been changed/added to over the millennia?

In their time, Christians felt under attack (they often do to be fair.) Darwin was a contemporary, and it seemed that secularism was on the rise everywhere. What was needed was scholastic, academic proof. The Bible must be unlocked, codified, allowed to shine. As I have hinted at a few times on this blog of late, the legacy of this way of treating the Bible may well have given us some real problems, perhaps even locking our faith into a kind of idolatry in which the Bible becomes a 4th person of the trinity, and the primary one at that.

But having said that, please do not miss-understand me; in no way do I wish to suggest that the books of the Bible are not truly remarkable in every way. This TV programme revealed this beautifully.

However it also reveals how if we require an inerrant final version of the words we are in trouble. The authority of the text requires it to be accurate, preserved through time by God to give us everything we need to answer all moral questions.

A case in point is that the ancient Scriptures that the Smith sisters discovered in St Catherine’s Monastery in the Sinai, dating from the late 4th C AD, included the book of Mark- more or less as we would recognise it. However there is no description of Resurrection or Jesus meeting his disciples. It seems almost certain that some elements of the story were added later. (Wikipedia has an account of some of this here.)

Does this matter? Well it was dynamite to the Smith Sisters, who initially tried to keep it secret. Bible scholars are still trying to make it all fit, tidy it all up, but what if a new velum text is discovered that pokes holes?

If you are interested in reading a bit more about the reliability of translation of the Gospels, there is a good summary on the Patheos website here. It will remind us that there are many textual variations in the early copies of the gospels, but also reminds us that this is in no small part because, compared to all other such manuscripts, we have so many.

The Bible will always be a key source of knowledge about who God is, how he engages with us, and how his followers have tried to understand him. But crossing each sacred t and dotting every holy i seems to me to be a fools game.

Treasure the questions and live wide open to love in the way of Jesus. The Bible will point the way if we will let it. But let us do this in a way that is honest, not anchored to a inflexible dogma based on eyes carefully closed to certain aspects of what we claim as truth. 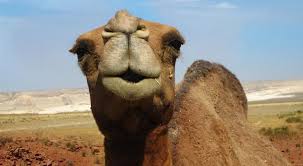 By the way- Old Testament history- this is another story. Bible historians have tried really hard to evidence the stories told of the Ancient Hebrew- the Kingdom of David for example. No clear evidence that it ever existed in the Archaeological record. Moses leading the slaves out of Egypt? No evidence for this either.

There was an amusing story about Camels in the Bible written by Andrew Brown in The Guardian the other day. I quote;

There are 21 references to camels in the first books of the Bible, and now we know they are all made up.

Some of them are quite startlingly verisimilitudinous, such as the story of Abraham’s servant finding a wife for Isaac in Genesis 24: “Then the servant left, taking with him 10 of his master’s camels loaded with all kinds of good things from his master. He set out for Aram Naharaim and made his way to the town of Nahor. He made the camels kneel down near the well outside the town; it was towards evening, the time the women go out to draw water.”

But these camels are made up, all 10 of them. Two Israeli archaeozoologists have sifted through a site just north of modern Eilat looking for camel bones, which can be dated by radio carbon.

None of the domesticated camel bones they found date from earlier than around 930BC – about 1,500 years after the stories of the patriarchs in Genesis are supposed to have taken place. Whoever put the camels into the story of Abraham and Isaac might as well have improved the story of Little Red Riding Hood by having her ride up to Granny’s in an SUV.

How can you tell whether a camel skeleton is from a wild or tamed animal? You look at the leg bones, and if they are thickened this shows they have been carrying unnaturally heavy loads, so they must have been domesticated. If you have a graveyard of camels, you can also see what proportion are males, and which are preferred for human uses because they can carry more.

All these considerations make it clear that camels were not domesticated anywhere in the region before 1000BC.

Again, does this matter? Well considering the way that the Zionists use these ancient texts to justify their conquest and dominance, we have to agree that it does. The shaping of these stories was always political; many of them influenced by exile in the Babylonian empire, where they were first recorded.

But… if you look you will see the fingerprints of grace in and around all of it, camels or not.