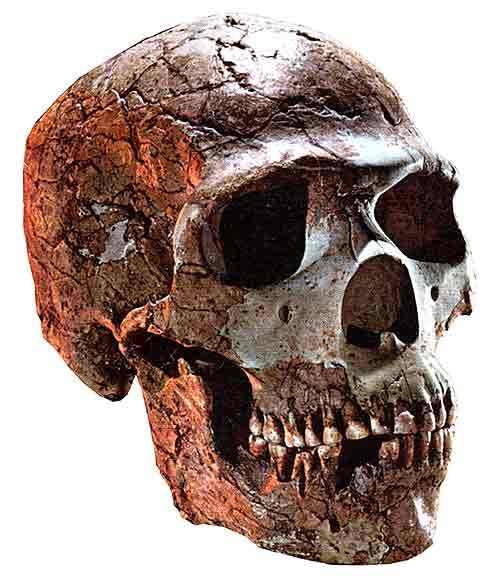 A news story the other day took me back to Genesis chapter 4;

Now Abel kept flocks, and Cain worked the soil. 3 In the course of time Cain brought some of the fruits of the soil as an offering to the Lord. 4 And Abel also brought an offering—fat portions from some of the firstborn of his flock. The Lord looked with favor on Abel and his offering, 5 but on Cain and his offering he did not look with favor. So Cain was very angry, and his face was downcast.

6 Then the Lord said to Cain, “Why are you angry? Why is your face downcast? 7 If you do what is right, will you not be accepted? But if you do not do what is right, sin is crouching at your door; it desires to have you, but you must rule over it.”

9 Then the Lord said to Cain, “Where is your brother Abel?”

The story in question concerned the latest research about our genome;

Most people living outside Africa can trace up to 4% of their DNA to a Neanderthal origin, a consequence of interbreeding between the two groups after the great migration from the contintent.

Anthropologists have long speculated that early humans may have mated with Neanderthals, but the latest study provides the strongest evidence so far, suggesting that such encounters took place around 60,000 years ago in the Fertile Crescent region of the Middle East.

Scientists led by Svante Pääbo at the Max Planck Institute for Evolutionary Anthropology in Leipzig took four years to sequence the whole Neanderthal genome from powdered bone fragments taken from three females who lived in Europe 40,000 years ago.

How are the two related?

My suggestion is that both are part of our continued attempt to make sense of what we are and where we have come from.

The passages in Genesis hinted at how our process of becoming was not just a process of rational logical progress, but that our history is shadowed by darkness, conquest, fratricide. It suggests that way back at the start of the humanity project we were capable of terrible things on a petty whim.

The science tells us that people contain within us the history of our becoming in genetic code. Including the overwhelming of our Neanderthal brothers and sisters, by violence of by sexual submission. Cain kills Abel.

Don’t get me wrong, I am not seeking to make the Bible some kind of code for history, more suggesting that the meaning of one informs our understanding of the other.