I have never been, but the very word still has the capacity to raise tingles at the back of my neck. Jerusalem. A city half in this world, half in the next. For most of us, less an address, more an allegory.

Jerusalem is of course known as the ‘City of God’ and like most other manifestations of the divine on earth, it is a complex mess of misunderstandings and theology mixed up with power struggles and misappropriation.

Jerusalem has been in the news recently for all the usual (bad) reasons. It is now a symbol of division, injustice and the oppression of one population by another, each and every oppressive act justified using ancient texts. Enter America’s first fool, making bombastic proclamations and in the process, smashing a decades worth of efforts to make a negotiated peace.

In an age of spin and media manipulation, Jerusalem is another place onto which we project our prejudices. For many Christians, Zionism has mingled with their narrow interpretation of the Bible to mean that Israel can do not wrong, even when what they are doing is manifestly appalling. Others, seeking to follow the way of Jesus, side with the poor and oppressed, soon having to cope with the fact that there are those on the other side who also have blood on their hands.

Jerusalem. The ancient/modern city, around which history pivots.

Two thousand years ago, a different occupation was being undertaken. A different ethnic group was being oppressed. A different empire was in the ascendancy. Other things were much the same. 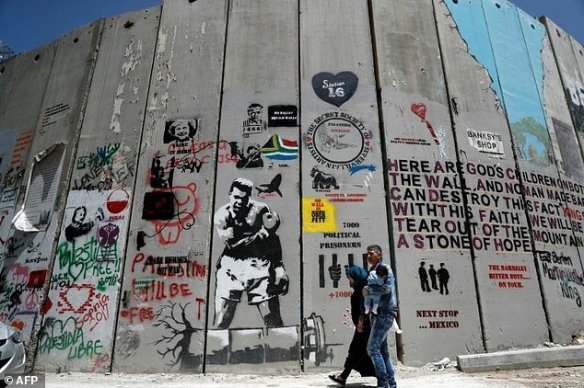 Each step thwarts to shuffle

A crash course in city etiquette;

Every eye must be avoided

We give (nor receive) no greeting

Gird on your invisible armour

And wear coins against the skin

The blind hold out empty hands

Children dart out and in

Someone shouts a warning of the certainty of

The rich are in their castle

The poor cluster at the gate

The old walls have seen it all

The city makes some bigger