Economics has sold us a story of gloom over the last decade or so. Experts in the field (who seem to have been very poor at both predicting the scale of the crash, or learning from it, according to their own students) have mostly given us the language of austerity, of scarcity, of what we can not afford. What little hope that could be offered was measured in miserly predictions of growth, or increases in people working insecure low-paid jobs.

There is no ‘Magic Money Tree’, according to Theresa May- at least not for those of us who are in the most need. Quantitive Easing (QE) which might be regarded as the very definition of a magic money tree, only bears fruit for those who can reach the very top.

A few months ago, I began a conversation with an economics professor that I hope to continue. I asked him what hope economics can offer us- as in where are the inspiring stories, the people who see differently within the field? What alternatives are being proposed? In the end though, the conversation tended to revolve around doing more of the same, only doing it better. Perhaps my naivety might have left me hoping for some kind of magic bullet, some kind of break-through brilliance that could turn the dreadful elitist and unsustainable inequalities of our current system upside down and ‘let the grand correction commence.’ Anyway, I was left disappointed.

But the conversation is only just beginning. There are of course many other economic perspectives that directly contradict what is happening within our economy at present, and not just from the old binary divisions proposing a Marxist analysis, or a return to the Keynsian hegemony of the fifties.

Interestingly, one of the ideas that has occupied my thinking for a couple of years now is Localism. Then, over the last couple of days, I have heard it discussed both on the radio, and in a rather fascinating article in the Guardian (more of this later.)

By Localism, I mean simply this;

Well, the economic benefits are startling. Then there are the environmental benefits. Then there are the potential benefits to local democratic processes. Perhaps most importantly, localism speaks to our humanity in a way that globalisation can not. It allow us to focus on human-scale connection within known community, not on bloody ‘brand loyalty’. It reminds us that we are not just consumers, we are also neighbours who are responsible for one another and in charge of our own collective destiny.

But don’t take my word for it- check out the article here by Aditya Chakrabortty, which describes developments in Preston, Lancashire (of all places), somewhere I know well, having lived there or thereabouts for most of my early to mid adulthood. 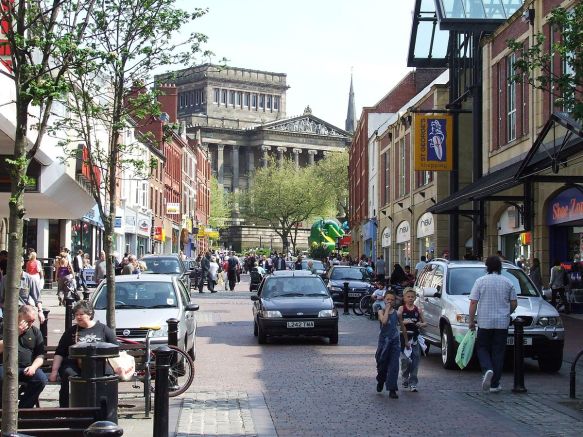 Here are a few quotes for those of you who are too busy to read the whole thing;

…the city council no longer plays that game. Instead it has adopted a guerrilla localism. It keeps its money as close to home as possible so that, amid historically drastic cuts, the amount spent locally has gone up. Where other authorities privatise, Preston grows its own businesses. It even creates worker-owned co-operatives…

…calculations in 2013 showed that a mere fraction – one quid for each £20 spent – stayed in Preston. Much of the rest was going to building firms headquartered in London, say, or to global catering companies.

Years before PFI builder Carillion keeled over and the rest of the country realised the importance of which particular private firms take public money, Preston had already begun fretting about where its pounds were going. “There was all this money in the community and it was leaking out,” says Brown. The Federation of Small Businesses has published research by CLES showing that for every pound spent with a small or medium-sized firm, 63p is respent locally. That drops to 40p for every pound given to a large or multinational company….

Decades of hollowing out and of contracts going to big companies elsewhere means Preston doesn’t have much of a local economy left. There is no shoal of eager contenders clamouring for each new job. Some firms simply aren’t used to applying for big contracts, so need coaxing. In other cases, Community Gateway asks bidders to detail how they will employ locally, provide training, and partner with other local businesses.

In 2015, Lancashire county council put a contract to provide school meals out to tender. That was impossibly large for local firms, so officers broke it into bite-size chunks. There was a tender to provide yoghurt, others for sandwich fillings, eggs, cheese, milk, and so on. One contract was split into nine different lots. It meant officials actually shaping a market to fit their society – and it worked. Local suppliers using Lancashire farmers won every contract and provided an estimated £2m boost to the county.

Preston is trying to do localism on a big scale. But what does it look like on a small scale? I am on the verge of becoming involved in something called the South Cowal Community Development Company. We are looking at various plans for investing in our small community. Buying the local shop perhaps and making it a hub for all sorts of other activities. Developing renewable energy sources and investing the income locally. Who knows where it will go? But it will be above all things, local. 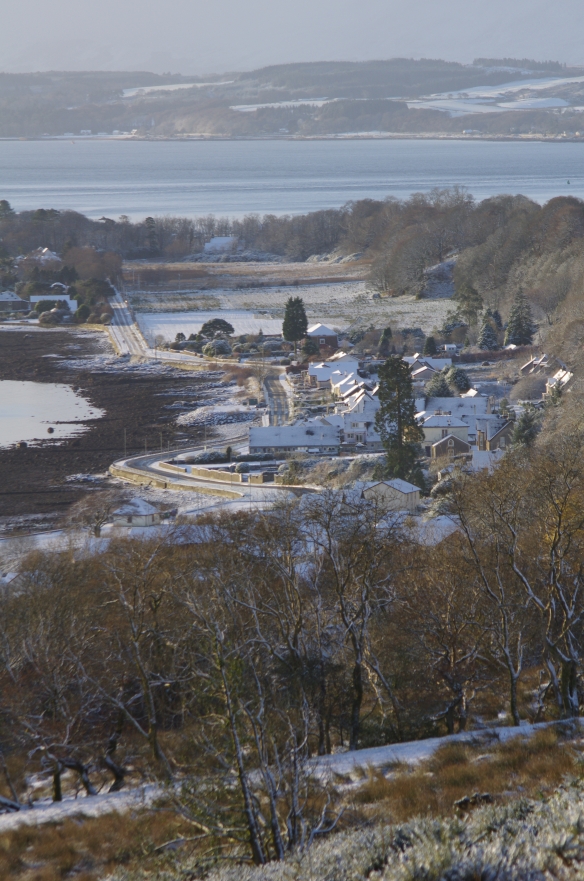