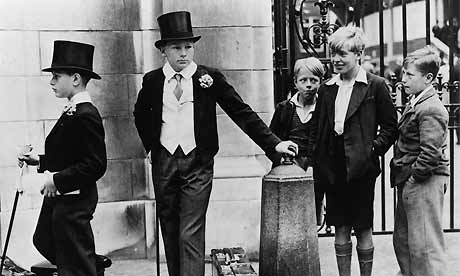 A long time ago, I was was awarded a degree in applied social science. even though this was a time when fewer people went into higher education, particularly those like me who came from a disadvantaged background, my degree sometimes felt like it was not worth much- as if it was something achieved too easily, with no obvious practical application. More and more however, events in our society have told me that this is not true.
The subjects of my degree were these things- sociology, psychology, social history, social policy. We worked hard to understand underlying factors that govern the way our society works, particularly in relation to the great evils of our time- poverty, unequal health outcomes and discrimination.
There is a huge body of research in these areas, and whilst there is inevitably a spectrum of conclusions possible from it, it bothers me that successive governments (New Labour and Conservatives) have acted as if none of the research ever existed. It is almost as if it was ‘tainted’ somehow- made irrelevant by some kind of outdated bias.
Perhaps it is. It was biased towards the idea that if we could just understand the forces that keep the poor poor and the rich rich, then we could challenge them. We could make our education systems fairer. We could find ways to improve the health of poor kids. It was about engineering society towards the common good. How antiquated an idea is that?
It is no surprise that these ideas had no place in a world dominated by neoliberalism, with all its doctrines of small government (at least in terms of public expenditure), free market economics and (above all) the prevailing myth of meritocracy.
I was reminded of all this after reading a brilliant article in The Guardian this morning which exposes this myth for what it really is. He quotes the great 20th C reformer and sociologist, Michael Young, one of the architects (and critics) of our post war welfare state;

Young, who died in 2002 at the age of 86, saw what was happening. “Education has put its seal of approval on a minority,” he wrote, “and its seal of disapproval on the many who fail to shine from the time they are relegated to the bottom streams at the age of seven or before.” What should have been mechanisms of mobility had become fortresses of privilege. He saw an emerging cohort of mercantile meritocrats who can be insufferably smug, much more so than the people who knew they had achieved advancement not on their own merit but because they were, as somebody’s son or daughter, the beneficiaries of nepotism. The newcomers can actually believe they have morality on their side. So assured have the elite become that there is almost no block on the rewards they arrogate to themselves.

The carapace of “merit”, Young argued, had only inoculated the winners from shame and reproach.

We have a serious problem in our society with inequality. Pretending that this equation – IQ+effort=merit – dictates your worth in society is simply not credible when exposed to even the bluntest set of measures. If you don’t believe me- consider this. Donald Trump believes that he rules by reason of his merit. He believes his is a rich man because he is worth it.

Or check out this article, which describes a long term study of ‘Wealth Managers’ and their behaviours.

The question is- what do we replace the idea of a meritocracy with?

Young wrote a satirical book about this very subject;

Young’s vision was decidedly dystopian. As wealth increasingly reflects the innate distribution of natural talent, and the wealthy increasingly marry one another, society sorts into two main classes, in which everyone accepts that they have more or less what they deserve. He imagined a country in which “the eminent know that success is a just reward for their own capacity, their own efforts”, and in which the lower orders know that they have failed every chance they were given. “They are tested again and again … If they have been labelled ‘dunce’ repeatedly they cannot any longer pretend; their image of themselves is more nearly a true, unflattering reflection.”

But one immediate difficulty was that, as Young’s narrator concedes, “nearly all parents are going to try to gain unfair advantages for their offspring”. And when you have inequalities of income, one thing people can do with extra money is to pursue that goal. If the financial status of your parents helped determine your economic rewards, you would no longer be living by the formula that “IQ + effort = merit”.

Those cautions have, of course, proved well founded. In the US, the top fifth of households enjoyed a $4tn increase in pretax income between 1979 and 2013 – $1tn more than came to all the rest. When increased access to higher education was introduced in the US and Britain, it was seen as a great equaliser. But a couple of generations later, researchers tell us that higher education is now a great stratifier. Economists have found that many elite US universities – including Brown, Dartmouth, Penn, Princeton, and Yale – take more students from the top 1% of the income distribution than from the bottom 60%. To achieve a position in the top tier of wealth, power and privilege, in short, it helps enormously to start there. “American meritocracy,” the Yale law professor Daniel Markovits argues, has “become precisely what it was invented to combat: a mechanism for the dynastic transmission of wealth and privilege across generations.”

The problem is that hierarchies are inevitable. For a while it seemed as if we might be evolving a way to make them less fixed and more flattened, until those at the top found ways (and words) to convince us that they were there by merit all along.

The problem, according to Young, was that we equate WORTH with WEALTH. But who can really measure a good life? Young was concerned with how we might find ways to increase social capital and connectedness, ways of exchanging and sharing lives to add value that was non-monetary.

But the problem of wealth remains. Just let’s not pretend that, if we have it, we deserve it.