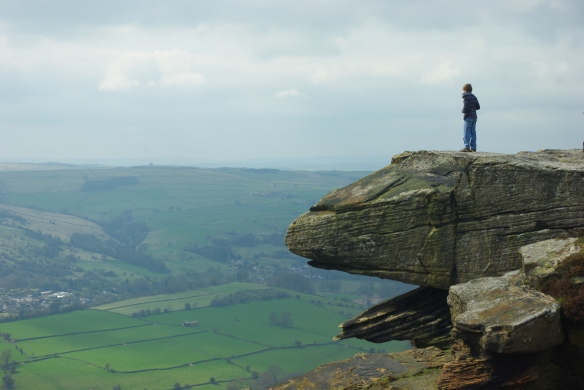 This will be of little interest to most people. Children in care are not our business- someone else will deal with it. Bloody social workers probably.

I have written a lot about the terrible scandal over the death of Peter Connelly. Anyone who works within social work, even people like me who work with adults, is likely to have been profoundly affected by what happened to this 17 month old toddler, and the media/political witch hunt that followed.

A new study by CAFCASS has been published today suggesting that Local Authorities are now reacting more quickly and appropriately as they intervene into the lives of our most vulnerable children. Good news then?

Anthony Douglas, Chief Executive said, “After the panic that came with the Baby Peter media storm, the intensive reviewing by local authorities of cases has paid off for children: the intervention they need is coming earlier and cases are drifting less. Local authority staff are to be praised for this improved performance and local authority members should be praised for their political bravery in supporting these vital but not always locally popular services.

I think it is worth digging a little bit deeper into this issue.

Firstly- the numbers. The removal of children from their families under protection orders is at an all time high- it rocketed following the Baby Peter scandal, and remains around 62% higher than before 2007/8. This amounts to 9.2 care applications per 10,000 kids in our country- although in some parts it is much higher- 30.1/10,000 in South Tyneside for example. Over 10,000 children were removed from their homes under protection orders in 2011/2012 for the first time.

Perhaps this is the right number of orders- what should have been happening previously to prevent the deaths of children like Peter Connelly. The report appears to believe so;

In the vast majority of cases (85.4%), Guardians believed that the local authority’s care application was the only viable action to keep children safe and that there was no other alternative to court proceedings.

Leaving aside the dubiety over the 15% (around 1500) these figures really require deeper enquiry, and a much greater public debate about what they might mean.

Firstly, we need to stop pretending that this a simple issue- that if one profession (social work) do their job properly then the ragged edges of our society will be all neat and tidy and out of sight. It is significant the one of the notoriously difficult categories of concern being applied to orders is on the increase- that of neglect. I have been in and around the homes of enough kids from troubled family backgrounds to know that emotional or even physical neglect is a fluctuating and complicated picture, often very difficult to define and understand. 50% of parents in these situations have mental health problems, 60% will have problems with addictions.

We also need to stop making this about the ‘other’. Think about your own background. There is no doubt in my mind that my sister and I would have been the subject of great concern. Would I wish to have been removed from home, or would I wish that efforts could have been made, no matter how difficult this might have been, to improve things within my home?

This is the real crux of the issue. We seem to live in a culture that wants to divide a problem into victim and evil perpetrator. So our assets go into intervention, not prevention, support or long term partnership.

The machinery and administration of child protection sucks in the time of social workers like a massive bureaucratic sponge. Back to the study again;

Douglas said councils with effective early intervention programmes designed to help struggling families before their problems reached crisis point were more likely to take fewer children into care. Some guardians who responded to the survey said they felt a lack of early intervention, resources, respite care and family support contributed to the higher numbers of care applications.

Many councils, including my own, have fought hard to preserve child care budgets. However, in a time of austerity, when millions are being cut from local authority spending capacity, this does not convert to more resources to prevent family breakdown or to monitor and support families in need. What it amount to is that the same pot of social workers do almost solely crisis driven child protection work. Any family support is a side show, usually staffed by unqualified workers or run by voluntary agencies.

We have had our own recent high profile enquiry after all. It is perhaps significant that this enquiry did not hit the national consciousness like the Baby Peter one did. These girls were already in care.

What happens to kids who come through the care system in the UK? By any measure, it is almost universally bad. Educational attainment? This from the BBC;

A third of looked after children reached age 16 in 2006 without any qualifications compared to only 2% of all children that age.

Not to mention the huge increase in likelihood of problems in later life- suicide, mental illness, poverty, homelessness etc.

The fact is, it is easy to provide ‘rescued’ kids with warmth, shelter, food and basic care. What is far more difficult is to create an environment in which they might thrive. In some case this is about the lack of specialist services- counselling, or highly skilled behaviour modification – but more often it is simply that services are under resourced, under valued and  out of sight.

The fact is, this is not inevitable. Despite the likely damage inflicted of kids removed from familiar home and environment because of sometimes traumatic experiences, these kids are not irreparably damaged. They should not be written off as economically lacking viability.

Amelia Gentleman, writing in the Guardian, gave voice to what those of us who have worked in the system already know;

“There is a desire in the UK to keep children out of care at all costs. Care is seen as something that you turn to when all else fails,” he said. “In Europe, they take more children into care, at a younger age, and do more with them.”

“There was increased regulation in the wake of several years of abuse scandals related to children’s homes,” she said. “People were very concerned that allegations could be made about staff’s conduct.

“Somehow that translated into … keeping a distance between young people and their carers, as a way of keeping them safe. We lost the focus on emotional warmth. It went so far as to stop staff giving children hugs when they actually need them.”

Let us not pretend that changing this will be cheap. In Germany, where outcomes for kids in care are MUCH better than ours, they spend roughly 4 times per child what we do on their care. From the Guardian article again;

“We need highly qualified people to look after these children to help them overcome whatever has happened to them in their life before care – neglect, abuse. There is a need to ringfence the sorts of resources you need to get it right,” said John Kemmis, chief executive of Voice, an advocacy organisation for looked-after children. “We have to invest more money in the system.”

So, this is being done to and with our children on behalf of you and me;

There are signs of change- but until the national debate changes, little else will I am afraid. Time to shake the tree.

8 thoughts on “Child protection- are you happy with what we do in your name?”