(The last posts in this series are here and here. Post no.4 dealt with similar territory. These posts are part of an on going attempt to search for alternatives to the economic status quo, which I would contend is costing the earth at the expense of the poor.) 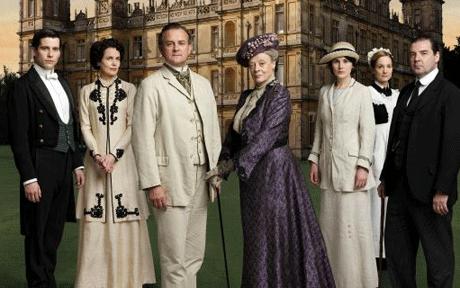 A recent book by French economist Thomas Piketty (Capital in the Twenty-First Century) has taken the issue of inequality on directly. So much so that the book has become something of a sensation amongst the movers and shakers of the economic world.

To recap- the world is becoming increasingly unequal. This from The Guardian;

Inequality of wealth in Europe and US is broadly twice the inequality of income – the top 10% have between 60% and 70% of all wealth but merely 25% to 35% of all income. But this concentration of wealth is already at pre-First World War levels, and heading back to those of the late 19th century, when the luck of who might expect to inherit what was the dominant element in economic and social life. There is an iterative interaction between wealth and income: ultimately, great wealth adds unearned rentier income to earned income, further ratcheting up the inequality process.

…the period between 1910 and 1950, when that inequality was reduced, was aberrant. It took war and depression to arrest the inequality dynamic, along with the need to introduce high taxes on high incomes, especially unearned incomes, to sustain social peace.

Now the ineluctable process of blind capital multiplying faster in fewer hands is under way again and on a global scale.

Take a moment to think about this- the rampant growth in the wealth of a tiny super rich elite has now taken us more or less back to the division of wealth that would have been familiar to an Edwardian farm worker or mill worker before the first world war. A world of vast country estates and stately homes serviced by an army of domestics. This is the world we are heading back to it seems.

How did this happen?

They can get away with this for one simple reason- we have accepted a myth as truth- the myth of the wealth-creators, whose aspirations to accumulate are the engine of our national success. Set this in the context of the other myth- that national economies operate like household budgets, and the sense of looming crisis has meant that the current government has been able to slash and burn, whilst letting lose the greed of the few.

But back to Thomas Piketty. He has carefully analysed data from about 200 years of capitalist expansion, and came to this rather startling conclusion;

Capital, he argues, is blind. Once its returns – investing in anything from buy-to-let property to a new car factory – exceed the real growth of wages and output, as historically they always have done (excepting a few periods such as 1910 to 1950), then inevitably the stock of capital will rise disproportionately faster within the overall pattern of output. Wealth inequality rises exponentially.

The process is made worse by inheritance and, in the US and UK, by the rise of extravagantly paid “super managers”. High executive pay has nothing to do with real merit, writes Piketty – it is much lower, for example, in mainland Europe and Japan. Rather, it has become an Anglo-Saxon social norm permitted by the ideology of “meritocratic extremism”, in essence, self-serving greed to keep up with the other rich. This is an important element in Piketty’s thinking: rising inequality of wealth is not immutable.

Societies can indulge it or they can challenge it.

Piketty goes further however- he argues that this indulgent greed, this ‘meritocratic extremism’ will be the end of Capitalism itself. Those of us familiar with the Marxian view of the progression of history will remember this- how eventually those of us with little will get sick of a society that requires us to work to maintain the wealth of the few.

Anyone with the capacity to own in an era when the returns exceed those of wages and output will quickly become disproportionately and progressively richer. The incentive is to be a rentier rather than a risk-taker: witness the explosion of buy-to-let. Our companies and our rich don’t need to back frontier innovation or even invest to produce: they just need to harvest their returns and tax breaks, tax shelters and compound interest will do the rest.

Capitalist dynamism is undermined, but other forces join to wreck the system.

Piketty notes that the rich are effective at protecting their wealth from taxation and that progressively the proportion of the total tax burden shouldered by those on middle incomes has risen. In Britain, it may be true that the top 1% pays a third of all income tax, but income tax constitutes only 25% of all tax revenue: 45% comes from VAT, excise duties and national insurance paid by the mass of the population.

As a result, the burden of paying for public goods such as education, health and housing is increasingly shouldered by average taxpayers, who don’t have the wherewithal to sustain them. Wealth inequality thus becomes a recipe for slowing, innovation-averse, rentier economies, tougher working conditions and degraded public services.

Meanwhile, the rich get ever richer and more detached from the societies of which they are part: not by merit or hard work, but simply because they are lucky enough to be in command of capital receiving higher returns than wages over time. Our collective sense of justice is outraged.

The lesson of the past is that societies try to protect themselves: they close their borders or have revolutions – or end up going to war.

His solutions- a top income tax rate of up to 80%, effective inheritance tax, proper property taxes and, because the issue is global, a global wealth tax- are difficult to imagine at present. The elite are too comfortable in their neo-Georgian luxury.

But if Pinketty is right, the seeds of destruction are at the heart of capitalism- and it is the result of greed.

1 thought on “Economic lie no.6; inequality of wealth creates incentive and effort…”