We missed the Tautoko pre-Greenbelt gathering last Thursday because we did not get down to Cheltenham in time. We had a bit of a disaster handing over William to Michaela’s dad. He had arranged to meet him near Stoke, but he got lost, so eventually we had to detour all the way across country.

Bless him, it felt like delivering a bit of baggage. Need to get a handle fitted…

I was already sad to miss the meet-up, as the Cathedral is such a wonderful place, but I have just heard that it was also a chance to get a preview of this- 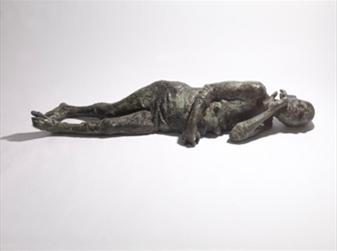 Crucible is one of the largest and most important exhibitions of contemporary sculpture to take place in Britain during the past decade.

Over 70 works of art will be featured by many of Britain’s most renowned sculptors and internationally famous artists… Crucible will include sculptures by Sir Eduardo Palozzi, Lynn Chadwick, Antony Gormley and Damien Hirst. Some pieces have been sourced from private collections or specially loaned and several have been made especially for the exhibition. Many have never been seen in public before.

It will be open in Gloucester Cathedral for the next two months.

Go and see it

And think of me… 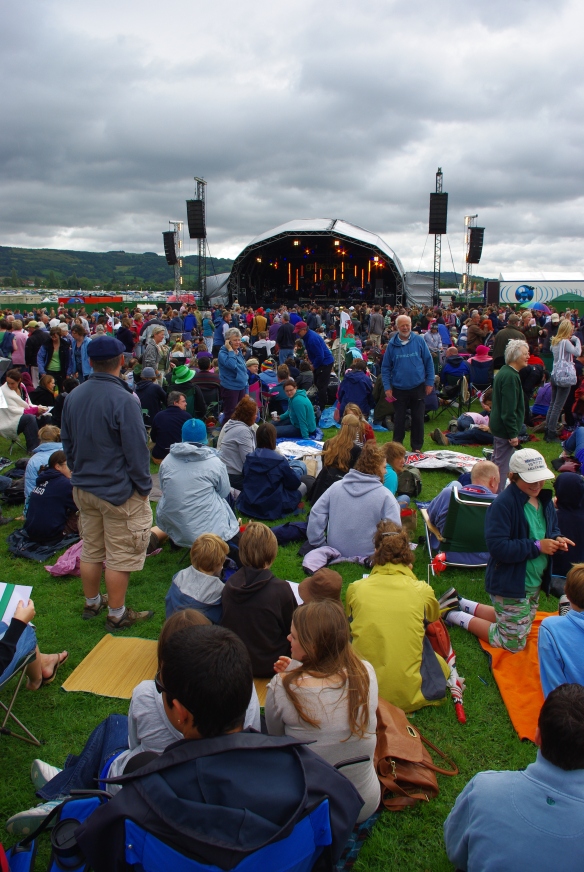 After a thousand miles of driving, and hours of motorway, our Aoradh roadtrip down to Greenbelt 2010 is all over.

And it was good!

Our worship collaboration between Safespace and Sanctus 1. We spent all day on Saturday co-hosting a worship space in which we invited people to consider their community. This involved ‘stations’, and also liturgical ‘led’ worship events through the day. We did a think with spilt wine, and blood serum pots that was very powerful, and it fitted in really well with the lovely work done by the other groups.

Meeting people, and having conversations.

The large scale worship service on Sunday. They can be hit and miss affairs, but this year was lovely.

Of course, we missed as much as we saw- you always do. I was very sad to miss the Tautoko gathering at the Cathedral this year- we did not get down in time. And there were so many speakers that I wanted to hear, but missed. Need to download some talks…

So- house still in chaos, car half packed, but here I am blogging!

Because tomorrow morning, 11 of us from Aoradh set off to Greenbelt festival.

We will be curating (I think that is the current trendy term!) some worship in the New Forms Cafe all day Saturday- so if you are around, do pop in and see us.

Whilst we are on the Greenbelt theme, Proost are now selling stuff through the Greenbelt website- here– including a couple of books I had a hand in! Go-on, Christmas is coming…

(Product to shift…. Oh dear, is that not really uncool?)

I have just watched a BBC Scotland programme called

A Church in Crisis?

If the Church of Scotland continues to shrink at it’s current rate, it will cease to exist by 2033.

It also asked- ‘Would Scotland miss it if it were gone?’

A bleak programme, offering little hope for the future of the Kirk. As an outsider, I can only sympathise, and hope that there may yet be an opportunity for renewal and engagement with a changing world.

You can watch again soon on the i-player here.

I listened with amazement today as the news of the Northern Ireland police ombudsman report filtered out onto the mid day news.

It told a story of the troubles, and of a Irish Republican Army bombing squad who may have been led by a Roman Catholic Priest. And of the stories told of that same priest driving a car containing a nail bomb, leaving it outside a shop where an 8 year old girl was cleaning windows, and walking away.

The girl died, along with 8 others in the small village of Claudy.

It was an open secret who had done the deed, and the role played by Father James Chesney.

What the report made clear was what everyone suspected- a deal had been done between the Catholic primate, the government and the police to get Chesney out of Northern Ireland into Donegal, where he died a few years later, after travelling into Northern Ireland weekly.

Murky, disturbing and upsetting as this story is, it has to be seen in context- a time when civil war was a real possibility in the province, and placing a Catholic Priest on trial would have been political dynamite.

What is disturbing to those of us who are Christians is how a PRIEST could carry out such acts of violence and destruction.

And how a church that could produce such evil as well as so much good.

But I suppose it has always been this way. People who use religion to load guns and sharpen knives…

And we fool ourselves that terrorism belongs to a different religion, not to ours…

Now is the time to kill

There is a time for all things under heaven

(Many things I don’t understand)

A time to kill Amalekites

To slay them every one

Man and child- each mother’s son

And while their blood runs bright and red

Kill their livestock too

For I the Lord want genocide

Even at the zoo

And so God’s people ran amok

They murder and they slaughter

But when King Agag was in the bag

And they kept the finest sheep and lambs

To kill them just seemed curious

But the Lord our God (being omnipotent)

Saw all, and was furious

In part would not suffice

And a king who thought above his station

Had no place in a holy nation

There is no room for free will

For now is the time

Emily and I, along with our friend Catriona, took a long drive up north yesterday- a 3 and a quarter hour trip to Arisaig.

For those who do not know this place, it is no exaggeration to describe this piece of coastline as one of the most beautiful places in the whole world. And no, I have not seen much of the wide world, but- well you will just have to go there yourself.

And if you do, then perhaps you might take a trip with the guys from Rockhopper out into the bay, where you will enter a world of blue green seas, silver white sands, islands and skerries emerging out of the tide and kelp beds full of seals and otters.

I have been wanting to try out a proper sea kayak for years. This year, Michaela bought me a voucher to use with Rockhopper for my birthday- ironically the same day as I had my serious canoe accident! We spent all day Saturday working hard in the garden, and I was tired, and to be honest, we have been so busy recently that I wondered whether I could cope with a 5AM start, and a long day in a kayak- but I am so glad we still went.

The weather was kind, the wildlife and scenery stunning, the company very agreeable and the experience was one that I would very much like to repeat.

As ever- here are a few photographs- including one of my second set of otters (within a few weeks!) Did not have my zoom lens on again though. 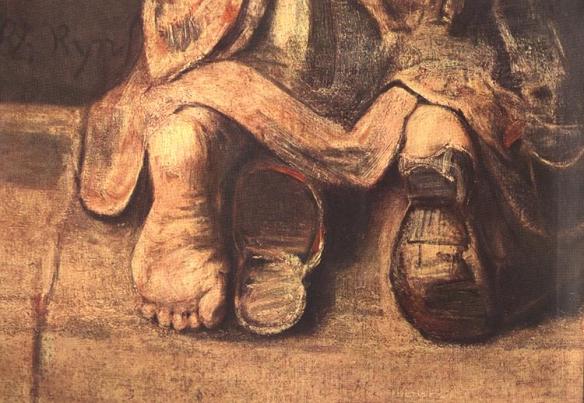 Our fathering arises from human brokenness

And so is easily broken

And so it can become oppressive

Our fathering finds the limits of our patience, our tolerance and our finances

It can be conditional

And we can be easily angered

Our fathering can be decayed by divorce and marital disharmony

It can become distant and removed

Our fathering can be stolen by death, leaving us in desperate grief

Yet even we, who are so human

Know how to love

It is shaped within us

We know how to give the best for our children

We do not give a stone when they ask for bread

Or a razor blade

When they ask for a plastic toy

Or a used syringe

When they ask for expensive shoes

How much more will we encounter

When we meet you-

I have driven to Lochgilphead two days in a row- compensated of course by the lovely weather.

Lovely for photographers that is- with towering clouds and light changes panning over the mountains.

Most of the time, I have to force myself to keep my eyes on the road- I had the usual couple of near misses today. The combination of tourists, log lorries, motorbikes and builders vans is usually a dangerous one on our winding roads…

I picked up a book that a colleague was throwing out today- entitled ‘The Celtic Year- a celebration of Celtic Christian saints, sites and festivals‘ by Shirley Toulson.

I had a flick through- and came across this

I would like a great lake of the finest ale

For the King of Kings.

I would like a table of the choicest food

For the family of heaven.

Let the ale be made from the fruits of faith

And the food be forgiving love

I should welcome the poor to my feast

For they are God’s children

I should welcome the sick to my feast

For they are God’s joy

Let the poor sit with Jesus at the highest place

And the sick dance with the angels.

And this in turn reminded me of the film Babette’s Feast.

For those of you who have not seen this film, it tells the story of an extreme religious community on the wild Denmark coast, living a life of simplicity and austerity, clinging on to the teachings of their now dead leader. Then along comes a refugee from the wars in a troubled 19th Century Europe, and they take her in. For years she works as an unpaid servant, preparing the dreadful food- fish soup and gruel- that the community eat.

Then one day, after years of hard work, news reaches her that she has won a lottery- a small fortune. The community prepare themselves to say goodbye to their loyal servant, and reluctantly agree to allow her to cook for them- a feast.

A feast the like of which this community- with all its austerity, its petty squabbles and its suspicion of all things ‘of the world’- could not begin to imagine. The finest wines, turtle soup, amazing complicated dishes.

And Babette’s former life as a famous chef in Paris is revealed- as the members of the community are transformed by this encounter with the feast- as tongues are loosened, and rigidity eroded. Until they stand together and sing hymns under the stars.

It is a story of grace and redemption and religion gone wrong, only to find itself again.

Here are a couple of clips- you can watch the whole thing on You tube should you fancy it.

What do you think- 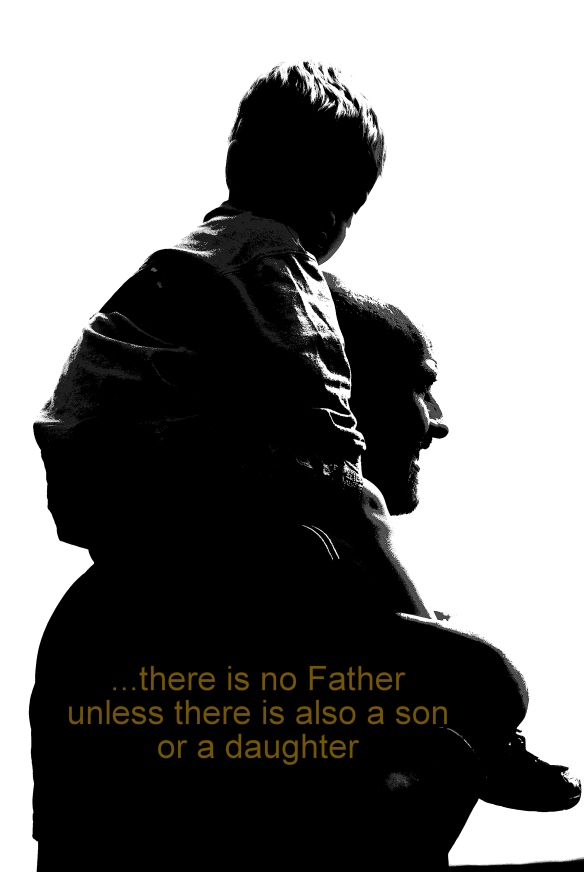