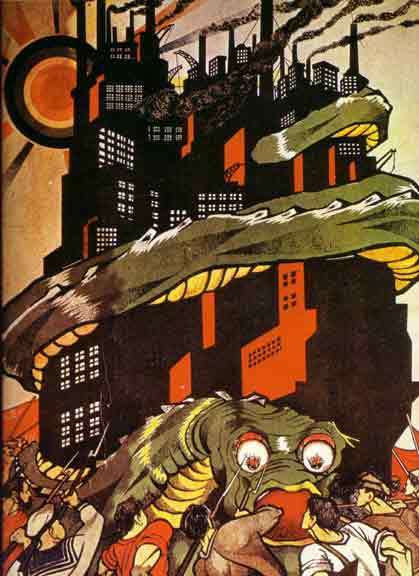 This is not an attack on Democracy by the way- I can think of no better system for the governance of nations. However, there is a real question about the operation of our own democracy and the symbiotic relationship between democratic states and rampant consumer capitalism.

The relationship is so strong that it is not really possible to imagine democratic state that does not organise its fiscal matters according to the rules of international capital. Neither the other way round.  Ah- but what about China, I hear you ask? Here is Slavoj Žižek from The Guardian, Sunday 17 February;

When, during a recent TV debate in France, the French philosopher and economist Guy Sorman claimed democracy and capitalism necessarily go together, I couldn’t resist asking him the obvious question: “But what about China?” He snapped back: “In China there is no capitalism!” For the fanatically pro-capitalist Sorman, if a country is non-democratic, it is not truly capitalist, in exactly the same way that for a democratic communist, Stalinism was simply not an authentic form of communism.

This is how today’s apologists for the market, in an unheard-of ideological kidnapping, explain the crisis of 2008: it was not the failure of the free market that caused it, but the excessive state regulation; the fact that our market economy was not a true one, but was instead in the clutches of the welfare state. When we dismiss the failures of market capitalism as accidental mishaps, we end up in a naive “progress-ism” that sees the solution as a more “authentic” and pure application of a notion, and thus tries to put out the fire by pouring oil on it.

When you think about it, the co-existence of capitalism and democracy is a strange pairing. Hitler used to say that the logical end result of democracy was communism. Marx suggested the same, from a rather different perspective. Both seem to have been proved entirely wrong. The end result of inequality, globalisation, banking crises, depressions, high unemployment, destruction of the environment is- more capitalism. And we all vote for the party that strong arms our austerity packages that supposedly free up the market to solve our problems for us.

Why do we do this?

I am just reading Tony Benn’s book ‘Letters to my Grandchildren’. 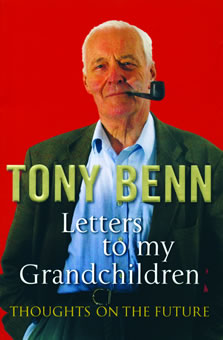 Benn is quite clear that our democracy is not- well, not democratic. It never has been- it allows for endless manipulation by those in power. The rhetoric of democracy is simply that- rhetoric. He lists some methods of control often employed;

There are many more means of control. The strange thing is that I do not even think that these are always deliberately exercised. I am not a conspiracy theorist. Rather I think that we have made a monster that constantly feeds itself- and we sit at it’s feet, hoping to get fat on the scraps- or at very least hoping that it does not notice us and devours someone else.

What to do about it? That is the question… 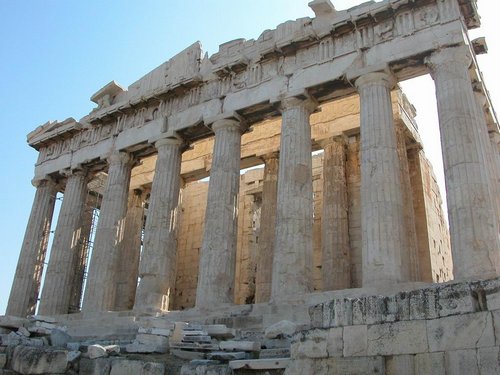 Been thinking about democracy today. After our recent messy election experience, it seems right to chew on this issue.

As is often the case, the origin of these ponderings was Radio 4. This time it was ‘Democracy on trial’ presented thoughtfully by (of all people) Michael Portillo. He has re-invented himself as an intelligent and generous commentator and media pundit. Did I get him all wrong when I cheered so loudly when he lost his seat in parliament in 1997?

Democracy is the unopposed dominant ideology of our times. It is impossible to imagine a ‘good’ society, country or culture that is not avowedly and organisationally democratic. Countries that do not conform to this stereotype are referred to as ‘regimes’ or ‘dictatorships’.

But modern democracy exists in a context, and with conditions. Can you imagine democracy that did not co-exist with a free market economy? If the will of the people demanded a control economy, with radical progressive tax policies could it survive the backlash from the IMF or whatever other powers of empire stood in it’s way?

And we Christians, perhaps under the influence of American syncretism between faith and culture, we tend to believe that democracy is the Christian, God-ordained way to organise society- despite scant evidence for this in the Biblical account of the life of Jesus, or the early church.

The modern Democratic ideal is only around 60 odd years old. It is always interesting to take the long view of these ideas…

It’s origin in ancient Greece- around the 4th Century BC- when some city states adopted a form of rule that allowed decision making to be made by some of the people- at least the males who had property, and were over 21. But the system was never popular- and carried with it the danger of mob rule- so much so that it was condemned by philosophers like Plato, and fell out of fashion, as a radical idea that simply did not work in practice.

And it was then forgotten.

There were flickerings in the middle ages- as parliaments were made in Iceland, then later in Britain. In fact we brits discovered democracy almost by accident as a series of accommodations and compromises were made- starting with that grubby little deal called the Magna Carta.

Across Europe revolution came and went, but democratic experiements (most notably the French Revolution) mostly ended badly. Other safer, more stable forms of government- involving political or dynastic elites. People who were educated and enlightened- people who were morally and religiously worthy. People who preserved the status quo and were not subject to the will of an uneducated mob.

Then there was the American revolution. Which pretty much amounted to one group of Europeans taking control from a different group of Europeans. And if you thought that this was in the cause of democracy, then you are in for a surprise. The authors of the American constitution took a pretty dim view of a broad electoral class.

Into the 20th Century, and democracies grudgingly emerged amongst the tattered flags of empire. And were tested in the most destructive and murderous wars that the world has ever known.

Until in 1945, only around a dozen countries were governed by anything that we might regard as democracies.

And for most of the last 60 years, democracy has slugged it out with communism to be regarded as the ascendant ideology.

The long view might caution us against a belief that human organisation is finalised and fixed now. Perhaps there might be yet new ideologies, or a return to older ones.

The idea that democracy has solved our problems- for example the rather fatuous democratic peace theory– is difficult for us to swallow. Our societies have much that is good, but also much that is sick and twisted. It has managed to exist alongside a lot of rather unpleasant things that are apparently being done in our name. 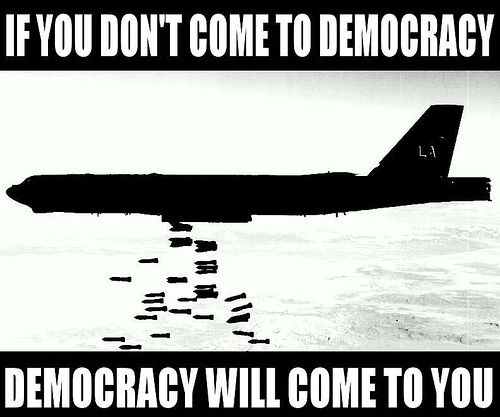 The question that many of us are asking in the wake of the recent election, is whether it is possible to improve our democracy- to make it more democratic. The focus here is on the mechanism, not the ideal itself. The ideological dominance of ‘liberal’ democracy has no challenge.

So am I wanting to do this? Well- no. As old Churchy said, Democracy is not perfect, but it will have to do until something better comes along.

I do think that it is kind of a duty of a citizen not to blindly accept what we are sold by the dominant power mongers of our time- our particular version of Babylon. We Christians are after all in (but not OF) this world.