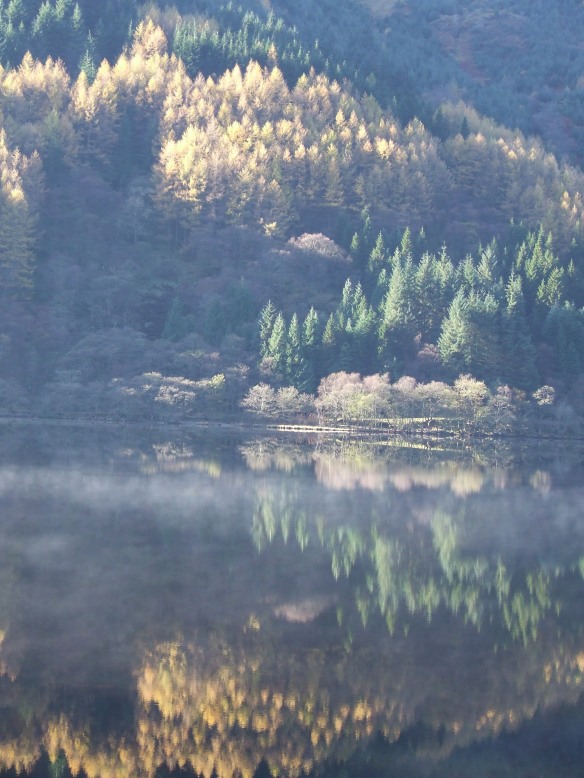 Many of us who love wild places constantly will describe the transformational effect of being immersed in wilderness. We may consider many subjective benefits- the lowering of our stress levels, a deeper appreciation of our place within the ecology of life, our sense of the ageless beauty of natural things.

Measuring these benefits objectively is more difficult. There are of course clear physiological advantages to exercising in the outdoors, but what (if any) psychological benefits can we point towards?

Peter Kahn and his colleagues at University of Washington have been working on this for a while- in one simple experiment  they installed plasma TV “windows” in workers’ otherwise windowless offices for a period of 16 weeks, and then took various measures of psychological function. They found that those with the “views” of parkland and mountain ranges had a greater sense of well-being, were clearer thinking, and a greater sense of connection to the natural world.

Next they compared office workers with plasma TV’s in their offices with people with real windows overlooking trees and grassland, and exposed them to mild stress- the sort that raises the heart beat- and waited to see how long it would take for them to calm down. What they found was that those with the real window calmed down quicker. The TV seemed to have no more benefit than a blank wall. If you are into reading academic papers, it is here.

What might be going on here? University of Michigan psychologist Marc Berman suggested that nature might actually shift our brain from one processing mode to another. In cities, we are constantly stimulated- so we use a more focussed analytical attention style. In this way we are able to deal with rush-hour traffic and sirens and all those other urban noises. Berman suggested that this is also the kind of attention we need to study for exams, make financial decisions, do business deals and so on.

It is also the kind of attention that we use up. It burns out, or burns us out. Berman’s theory is that being in wild places shifts the mind to a more relaxed and passive mode, allowing the more analytical powers to restore themselves. Berman too did some experiments to test his theory;

He gave a group of volunteers a very difficult mental reasoning test that measures the kind of focused attention needed for school and work. They were then given additional task to further deplete their normal ability to concentrate, to mirror a typical high pressure day at work. Then all the volunteers took a three-mile walk- half the volunteers took a leisurely stroll through a secluded park, while the others walked down a busy city street, after which the psychologists again measured their focus and concentration.

You can see what is coming- as reported in the journal Psychological Science, those who had been on the nature walk had significantly better focus and attention than those who had been required to negotiate the city streets. Being in nature does indeed appear to replenish our reserves of concentration and analytical attention capacity.

It also suggests that being in nature allows us to switch to a different kind of attentiveness- less focussed, more holistic and open.

There is also some interesting research about how this kind of attentiveness might affect irritability, even aggression. This from here;

The hypothesis laid out by Frances Kuo and William Sullivan of the University of Illinois was a marvel of logic and sequence: If fatigued attention is related to irritability, and irritability leads to aggression, then perhaps people deprived of nature’s restorative qualities would be overly aggressive (Kuo & Sullivan, 2001).

Kuo and Sullivan tested their premise on 145 female residents of a public housing complex in urban Chicago. The complex provided natural control and study groups: Some residents lived in buildings that overlooked “pockets of green,” while others had a view of only bleak concrete. The researchers reported significantly lower levels of aggression and violence in residents with apartments near nature than in those who looked onto barren lands. When handling disputes with their partners, women in the nature group used fewer “psychologically aggressive conflict tactics” and fewer “mildly violent conflict tactics” than those whose randomly assigned housing unit was denied exposure to nature.

So, the next time you need to undertake some kind of task think of this- if you need space, then find some.

It might do you more good than you think.