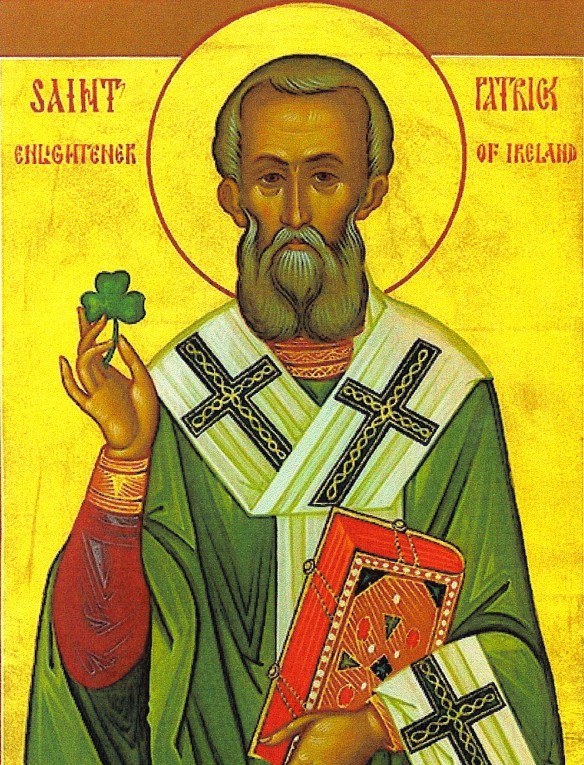 Feast days have always been an excuse for some excessive carousing, but in the past perhaps we were more connected to the stories of the saints that we celebrate.

This is probably never more so than with St Patrick, patron saint of Ireland, whose feast we celebrate today.

Like you needed me to tell you this. After all, the streets of all our cities are covered in people dressed in green suits, tongues brown from the Guinness and ears ringing from the bloody awful Pogues.

How shocked would most of them be to hear that St Patrick, that symbol of all things Irish, was actually, well English.  Romano-British to be precise, probably born in what is now Cumbria. Aged around 16 he was captured by Irish pirates who took him to Ireland, where he served as a slave for 6 years, during which time he converted to Christianity. He then escaped and returned to England (via France, where he encountered monasticism) before returning to Ireland as a Christian missionary.

Not that the Irish liked him much- he was beaten, robbed, imprisoned and ridiculed. Despite all this, he went on to found 300 churches, baptize thousands, found monasteries and (presumably because he was bored) banish snakes from Ireland.

Raise a glass, but also raise a quizzical eyebrow at all the feasting. I am sure he would.