I enjoyed listening to this on boxing day.

It was a retelling of the weird old story of the Pied Piper of Hamelin. As legends go, it is one of the strangest- you can feel in it the depths of some kind of tragedy that was the origin of the myth.

The story originates sometime in the 1300’s in Lower Saxony, Germany. This from the Wikipedia entry-

The earliest mention of the story seems to have been on a stained glass window placed in the Church of Hamelin c. 1300. The window was described in several accounts between the 14th century and the 17th century. It was destroyed in 1660. Based on the surviving descriptions, a modern reconstruction of the window has been created by Hans Dobbertin (historian). It features the colorful figure of the Pied Piper and several figures of children dressed in white.

This window is generally considered to have been created in memory of a tragic historical event for the town. Also, Hamelin town records start with this event. The earliest written record is from the town chronicles in an entry from 1384 which states:

It is 100 years since our children left.

What dreadful events were being described no-one knows. A mass drowning in a river? Plague? Mass emigration to avoid famine? Lured away be a pagan sect into the dark forest?

Whatever the origin, at some point, the legend began to be told in the form we receive today- a magical figure on which we can project all sorts of fears- the Pied Piper who leads children on some terrible dance of death. All except one, who lives a life of regret that he could not have disappeared with his friends to the whatever land they travelled to.

Anyway- as I listened to this, it appeared to me to carry a current resonance, and I started to write.

Here is the first part of my re-telling of the legend of the Pied Piper. A bit of fun for the new year… 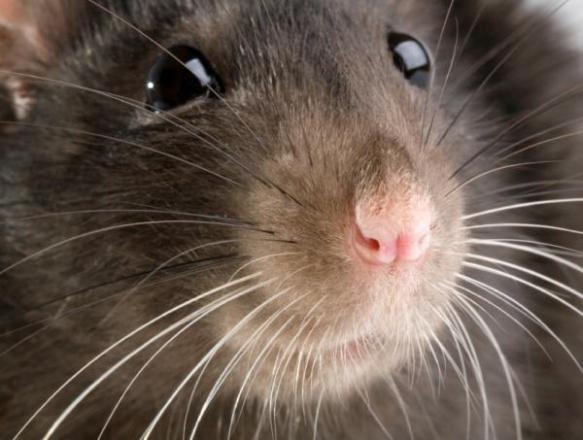 The was a time when the city prospered.

Ships flooded the dockyards with spice and sandalwood from the far reach of the arm of Empire.

Old men were cushioned by safe investments and young men were well oiled cogs in an industrial machine whose engines never stopped. After lives spent accumulating, some sought to leave a legacy in stone- museums, galleries and monuments to their own magnificence.

And on the fat of it all we feasted. Even as others far away slaved in chains and died young in the service of our comfort.

We had so much that what we had started to mean nothing. We filled our dustbins and our landfill sites with food we could not eat and clothes of last years colour. Meanwhile we wanted more more more. More gadgets. More cars. Bigger houses. Faster food.

Soon not even the rubbish dumps could contain all that we threw away.

Then there came a time when it all started to go wrong.

They were in the warehouses, in the store rooms and scurrying under the tables of all the restaurants.

They were under the floorboards and in the kitchen cupboards. They stripped bare the sofas then started on the insulated cables.

In the attempt to get rid of all these rats, no effort was spared. Men in clean overalls poisoned, trapped, shot and burned them in their thousands. But it seemed to make no difference- if anything their numbers increased.

In desperation, the mayor of the city offered a prize. “Let it be known across the world” he said “that anyone who can rid us of this vermin that has invaded our city will be handsomely rewarded. They shall receive a prize of £10 million pounds.”

Scientists with genetic theories and chemical potions and tiny cameras on the end of flexible rods.

Commercial pest control companies with an army of men and women prepared to go further than ever before- into the slimiest sewer and the darkest cellar. They dug and shot and stabbed and burned in every corner of the city.

Religious nuts who cried to us all to ‘Repent’ so that God would have mercy on the sinners of the City and take back the plague from the unrighteous. So that he would let his people go.

Mad inventors employed light beams and sound waves and all sorts of machines that whirred and clicked and rattled.

All failed to make any appreciable difference on the number of rats. At night, the noise they made kept us all awake- the scurrying and the scratching. The passage of a million claws in and round and over.

As their numbers grew they were bolder in their hunger. They no longer stayed hidden in the dark places- they were in the corners of rooms, watching, waiting for an opportunity to pounce.

There were stories of faces bitten whist people lay abed, and children running screaming for protection.

Everything was affected- schools closed, hospitals were under siege. Factories were clogged with fur and the flesh of the rats and places of business were eaten full of holes. The dockyard cranes rusted on their rails from under use- no captain wanted to take on this kind of cargo.

The stories spread like wildfire- they were twittered and blogged and gossiped in the bars and pubs. Anger grew- something must be done. The fat cats in the town hall did not have to live like this- they had protection. Rather than spending money on fancy cars and big salaries- they ought to be looking after the citizens.

Some fed these stories into megaphones of their own particular cause and began to stir up violence. Windows in the town hall were smashed and slogans written on walls.

The response from the authorities was predictable- first police in riot gear, later the army. Finally, when the numbers on the streets seemed almost as numerous as the rats, the tanks were called in to stem this new vermin from smashing and looting and burning.

It was all falling apart.

In case we ever doubted it, the life force within us (which I have come to think of as the Christ, courtesy of the writings of Richard Rohr) is the most powerful force in the universe.
A trek up Kilbride hill today. Slightly off my usual stomping ground, the change enforced by continuing forestry work above our house. Nice views though, looking up River towards Dumbarton. There used to be a cross here, stepped in these rocks. I was surprised to find that I missed it.
Fort Victoria coming in. The sun going down. Lovely evening...
The rusty creativity of people who know how to use steel on the sea.
We drove home from England the slow way yesterday, driving across Hadrian's wall, and stopping for a while at Hexham. Here are some images taken in the Abbey. What a fantastic, lovely building. There is a crypt which dates back to the seventh C, lost for a thousand years after the Vikings did their worst. The walls of the crypt include carved stones taken from Roman villas and temples which were already ancient. After a few days dealing with family illness, it was good for the soul to take the long view...
Nice weather for a crossing. #westernferries
Spent the afternoon in the polytunnel, weeding, testing soil pH and dreaming of the coming spring. There is no better way to see off the dark shadows of winter.
Ignoring the signs (all the forest munching machines have taken a Christmas break) I took to the hills in the rain. A long walk under a good hood is a fine thing for contemplation as the year starts to turn. By the way, the trees are being felled in order to control a disease that is spreading through larch plantations like wild fire. Makes you wonder if this is another inevitable side effect of contour planted mono culture? Another argument for rewilding.
A Christmas Nativity scene. Coming to a sofa near you