There was an interesting discussion on the radio this morning about the so called ‘Ten thousand hours principle’. We heard a lot about this around the Olympics- leading to a general feeling that success in any given pursuit is related to one main thing- sufficient application. Time spent over and over again practicing, rehearsing, developing skill, muscle memory and endurance.

It is all based on this book;

This from the Wikipedia entry;

In Outliers, Gladwell examines the factors that contribute to high levels of success. To support his thesis, he examines the causes of why the majority of Canadian ice hockey players are born in the first few months of the calendar year, how Microsoft co-founder Bill Gatesachieved his extreme wealth, how The Beatles became one of the most successful musical acts in human history, how Joseph Flom built Skadden, Arps, Slate, Meagher & Flom into one of the most successful law firms in the world, how cultural differences play a large part in perceived intelligence and rational decision making, and how two people with exceptional intelligence, Christopher Langan and J. Robert Oppenheimer, end up with such vastly different fortunes. Throughout the publication, Gladwell repeatedly mentions the “10,000-Hour Rule“, claiming that the key to success in any field is, to a large extent, a matter of practicing a specific task for a total of around 10,000 hours.

Success is thus democratised. With the right amount of hard work we can all succeed; we can climb the highest mountain, pass the exams, win the recording contract, make our first billion. The American dream has been quantified.

I do not want to squash your ambition; if you are aiming high, may success light your days, fickle though it will surely be- there is after all always another mountain beyond. My issue however is that the whole ten thousand idea is hogwash.

Some of this is about the relationship between application and ability. The nature of the kind of success we value is that it is a rare commodity, achieved by people with extraordinary ability. These people are out on the far edge of the bell curve- gifted with ability to run, climb, reason, sing, dance etc. Sure, in order to scale their own possibilities they need to work hard, make sacrifices etc, but do not pretend that their success was actually available to all, it simply was not.

Next, most of the successes that are quantified in this book are the ones that can be measured in terms of two things- celebrity and money. There is a nod to academic achievement too, but pretty much this is a marginal matter. It is success within a very specific context- democratic market capitalism. In order for our continued buy-in to our zeitgeist, we have to believe that the glittering gifts of our culture are available to us all, without exception.

Happiness and fulfillment- what do we know about them? Do people who succeed have a higher measure of these things, or a lower one that drives them on? Are they satisfied with their success? And where does that leave the rest of us scrabbling in their wake?

I think the answer to this is that success is not closely associated with happiness. This comes from a gentler kind of human being-ness, better understand as living in harmony and connection with each other. It is more about commonality than ascendancy- and a far better use for our ten thousand hours.

It might also be that even though most of us are ‘ordinary’ in the reach of our achievements, the value of what we are has nothing to do with celebrity or bank balance. There is such beauty in small things, in moments of grace, in every day loving. 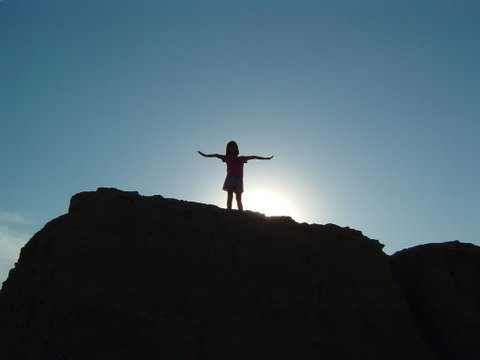 Life is for living – for drinking deep from the well of experience. That is why many of us believe that wild places are so special; they take us out of our narrow protected bubble and open up something deeper, more eternal.

A fulfilled life is a difficult thing to measure. Very soon we start to use nebulous words like ‘well being’, ‘happiness’ and ‘satisfaction’.

We may also have to acknowledge that life is a process – a journey. Some would call this journey a process of ‘maturity’, others would say ‘enlightenment’, others still would call it ‘personal growth’. All these ideas contain the idea that life, in all its joy and difficulties, should embrace transformation; movement from one state of being to another. Standing still is unlikely to be healthy and ultimately it will likely prove impossible.

For a while, many of us (particularly men) come to believe that a fulfilled life is one characterised by success. And because we are competitive creatures there has to be some means of measuring this success so we are always heading for the next achievement, the next conquest, the next acquisition.

I was reminded of this again today listening to a radio discussion about psychopathy with Jon Ronson, author of this book–

The word ‘psychopath’ is one of the most overused and emotive terms employed by the media in relation to mental illness, but Ronson’s book goes far beyond the stereotype. He qualified to use the Hare Psychopathy Checklist, and became, by his own admission, something of an obsessive Psychopath spotter.

Whatever you believe about the usefulness of labels like this, the fascination with the sort of people who can commit such acts of appalling cruelty apparently guilt free is almost universal. All the more sobering then is the statistic that roughly 1% of people can be regarded as psychopathic.

Rather than getting stuck with all the high profile serial killers and despots, Ronson’s interest takes us more towards the very place of madness at the heart of our society. At the same time as vilifying psychopaths as not-human ‘others’, he argues that there is something psychopathic about our society, and that many parts of our society actually reward psychopathic tendencies.

Consider this – one of the two ‘factors’ in Hare’s checklist–

It is easy to see how an individual with these kind of characteristics could succeed in much of society. It is impossible not to start thinking of people we know, bosses we have had.

I went to hear psychologist Oliver James speak at Greenbelt Festival last year (you can download the talk here.) One of the things I remembered him saying was that in all his dealings with the rich and powerful, including several Prime Ministers, he had yet to meet many who he would regard as psychologically healthy.

However, Ronson goes further than this and suggests that the very institutions of our society can become psychopathic. Banks that loan what they know can never be repaid, therefore condemning people to financial indebtedness for the rest of their lives. Health systems that thrive on the sickness of the population. The creation of all sorts of addictions to gadgets and shiny product in order to ensure profit.

It is almost as if the process of becoming – whether we understand this as a spiritual, psychological or simply biological development – has been replaced by a process of conquest, where success at almost any cost is the only thing that matters.

But success is fickle. The journey to the top is often followed by the journey back down again.

Back to this maturity/enlightenment/personal growth thing. Most of us come to a point when we realise that success is rarely a route to any kind of lasting happiness (even if this is a legitimate aim for any of us.) A life that cuts us off from the social animal that we humans are and replaces this with narrow acquisition is a kind of madness – all the more so for the fact that it is a collective madness.

So for those of us who are climbing to the top, may we succeed. May our enterprises go from strength to strength. But may we also remember that success without ethical responsibility and without the mess of all that humanity may indeed still be success, but it may also be the cause of our own destruction – both individually and collectively. 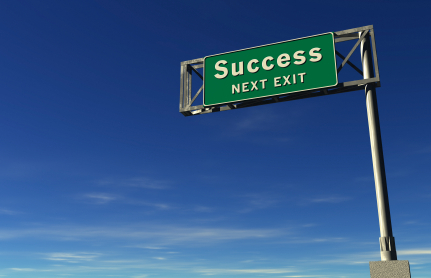 Interesting discussion on the radio this morning about art, led by graphic designer Neville Brody. Brody was scathing about how art has been domesticated and even emasculated within our culture-

When was the last time you encountered any culture that you can say was really dangerous, that actually challenged anything?” so questions the Anti-Design Manifesto launched by the graphic designer Neville Brody. The former art director of The Face and Arena magazines has now taken over as head of the Royal College of Art’s Visual Communications department, where he plans to challenge the norm. While graphic design has become heavily associated with commercial art, Brody insists it’s a discipline that was born out of social engagement and the desire to give form to ideas and feelings, and that this role is needed more than ever in the digital age.

I am not well placed to agree or disagree with Brody’s assessment, but he suggested that for the last 20-30 years (since Thatcher,) the dominant ideology of our culture has been success.

All other ideas were swept away before the desire for success.

Tools to aid success became the most popular subject of study in our universities.

A successful life within this world view means wealth, choice, holidays, and personal happiness. We bought the idea that these things were available- almost by right- to all of us.

Success has to be quantifiable- and this usually means money. Art is not the only thing that we have monetised.

But there is a change in the air. The fluctuations in the economy increasingly dictate the kind of success we attain and for many of us, what we have strived for is simply not attainable nor sustainable.

There is a hunger for deeper, more spiritual ways of life.

And if people like Brody are right, then this might become a time of protest and challenge of the old dominant success-driven culture, and a time of new ideas…

Have you seen the light? (she asked)
Wine cap mushroom bed has been productive for about 3 weeks now. Really easy to cultivate.
Always something worth seeing.
Lovely afternoon out in the woods foraging for fungi... Emily brought the knowledge and we gathered loads of chanterelles, winter chanterelles and hedgehog mushrooms. It was one of those days that make you smile inside.
Last weekend of Cricket of the year for me. Yesterday at Nairn CC, today at Comrie CC. It is always a sad day, marking the turning of another year. This time the blow was softened by the magnificent hospitality of dear friends in Nairn. It is hard to be morose in such good company.
A large one in today.
She will hate this, so I allowed her a slow reveal. Here's to the lass I love, who hates photographs of herself.
I suppose it is possible that somewhere in the universe there is a place more beautiful than this.
Feeling exceptionally spoiled. Michaela and I have been so busy this year so it is all the more special to spend a couple of days at the fantastic St Columba hotel. Quite the poshest place we have ever stayed. It is our anniversary too!
That'll be why then..