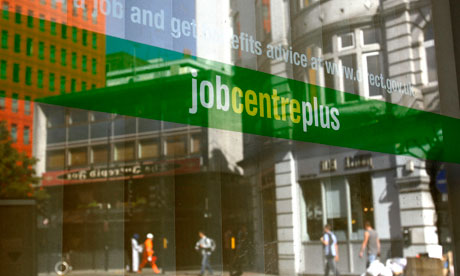 After the frenetic activity of the last few weeks and months comes the inevitable energy dip. I am in my second day of unemployment, with a contradictory long list of things that need to be done (and which I am not doing.) Partly I suppose this is OK as I kind of need a rest, but equally I know myself well enough to be careful of such uncertainty- inactivity can become a trough which takes some climbing out of.

It all feels a bit surreal- as if I can’t decide whether nothing has changed, or that everything has changed when I was looking the other way. I say this as some kind of record of what happens when you decide to re invent yourself by jumping out of the rat race into the unknown.

The one thing that will bring you up sharp against the new reality is this word- money. Michaela and I sat wondering how best to husband our resources in this time of transition last night, and I felt the old childhood anxieties rise.

And today I went to the Job Centre to sign on as unemployed, and to claim my Jobseekers Allowance. Despite years of advising and supporting others who claimed benefit, I have never claimed as an adult. However, I am a child of a single mother surviving on state benefits so this forced an examination of role and status which was understandably challenging!

I was told that my first ‘signing on’ date (where I report to describe my activities in relation to seeking employment) is next Tuesday- when we are away on holiday for a week. Cue kerfuffel as a form was produced for me to describe how I was going to continue to seek work, and to be available for work on my holiday. Is that not an oxymoron?

The staff in the job centre, it has to be said, were polite and friendly- perhaps even a little intimidated by my qualifications and background. However, the atmosphere of the place, shiny and clean as it is, was quite energy sapping. I think it is the general feeling of state censure and disapproval. The security guard who greets you at the door, and the clear cross-desk dividing line of us/them.

It has been clear to me in the past from my previous working life that people are changed by encounter with this kind of bureaucracy. It is not just that they are beaten down by the sense of loss of role and identity- it is also something more subtle- we are in danger of losing our sense of freedom, choice and adventure.

This, my friends, we can not allow to happen… 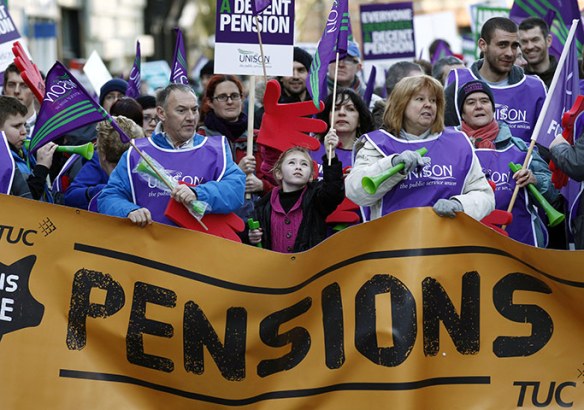 Today millions of my fellow public sector workers went on strike to protest about plans to make them work longer, and pay more towards their pensions. Sing along (to the tune of ‘White Christmas’)-

I’m dreaming of a fair pension

Where the coffers glistened

Before the bankers stole our dough…

I have been a member of a Union most of my working life- but at present, I am not. I joined the British Association of Social Workers a couple of years ago in disgust at my local Union’s refusal to support some of the lowest paid members of my staff. I wrote in protest to the branch secretary and did not even receive a reply, so I felt I had no option.

Which left me in something of a quandary today- a manager of services to vulnerable people, outside a Union. In the end, I decided to work.

I decided that I would not cross a picket line- but there were none, so this was an easy thing to get around. My conscience is still twitching uncomfortably. That word- solidarity…

In the end however, I think I decided that I just did not feel strongly enough about this issue to want to man the barricades. Whilst I would strongly defend the rights of workers to protest inequity and harsh treatment by their employers, I personally don’t feel the sting of anger about my own pension situation.

Many other things about our present government do make me angry. For instance, the Conservative/Liberal Democrat government recently announced a typical mindless sweetener used by all governments forcing through austerity cuts- they are going to spend money on job creation schemes, £1 billion in fact.

Sounds great- although experience might tell us that these schemes simply do not work- at best they mask the rising unemployment figures.

Worse than this, the government are going to pay for this by taking money from Working Families Tax Credit- which is a benefit paid through the tax system to low income families.

You could say that they are going to rob the poor in order to spend money to pretend that there is work for young people.

This at a time when the richest parts of society are doing nicely thank you.

The gods of capitalism must be appeased. Lets make a few more human sacrifices.

Rain. Remember that? Oh sweet petrichor.
Polytunnel fecundity.
Moonrise
Nothing says 'summer' like shelling peas...
Beach bonfire!
Yesterday's job. You know the old adage about turning an oil tanker? This is what happens when it comes in the wrong way it takes hours to turn it (so that the fuel manifolds are in the right order.)
On the way home...
Tis warm. @crawfbell recognise where I am?
8am, waiting for the Cumbrian Fisher. Hot already, fire Scotland at least.
Mother and babies tucking in. (In mothers case to my apple trees!)
Join 426 other followers