This was Ian Adam’s ‘Morning Bell’ today. I love June Tabor’s voice, but this chimed with me particularly as the tone of the debate around Scottish independence often seems so ungenerous, spiteful even. This song celebrates a kind of England that I still love. It rises up from the soil, from the chaotic mix of people. It is less about empire, more about those who resisted it…

I rode out on a bright May morning like a hero in a song,
Looking for a place called England, trying to find where I belong.
Couldn’t find the old flood meadow or the house that I once knew;
No trace of the little river or the garden where I grew.

I saw town and I saw country, motorway and sink estate;
Rich man in his rolling acres, poor man still outside the gate;
Retail park and burger kingdom, prairie field and factory farm,
Run by men who think that England’s only a place to park their car.

But as the train pulled from the station through the wastelands of despair
From the corner of my eye a brightness filled the filthy air.
Someone’s grown a patch of sunflowers though the soil is sooty black,
Marigolds and a few tomatoes right beside the railway track.

Down behind the terraced houses, in between the concrete towers,
Compost heaps and scarlet runners, secret gardens full of flowers.
Meeta grows her scented roses right beneath the big jets’ path.
Bid a fortune for her garden—Eileen turns away and laughs.

So rise up, George, and wake up, Arthur, time to rouse out from your sleep.
Deck the horse with sea-green ribbons, drag the old sword from the deep.
Hold the line for Dave and Daniel as they tunnel through the clay,
While the oak in all its glory soaks up sun for one more day.

Come all you at home with freedom whatever the land that gave you birth,
There’s room for you both root and branch as long as you love the English earth.
Room for vole and room for orchid, room for all to grow and thrive;
Just less room for the fat landowner on his arse in his four-wheel drive.

For England is not flag or Empire, it is not money, it is not blood.
It’s limestone gorge and granite fell, it’s Wealden clay and Severn mud,
It’s blackbird singing from the May tree, lark ascending through the scales,
Robin watching from your spade and English earth beneath your nails.

So here’s two cheers for a place called England, sore abused but not yet dead;
A Mr Harding sort of England hanging in there by a thread.
Here’s two cheers for the crazy diggers, now their hour shall come around;
We shall plant the seed they saved us, common wealth and common ground.

By the way- the reference to the Diggers, in case you missed it, is to this lot– another part of our English history that we often forget.

I have just watched this film on BBC 4.

English folk dancing- it’s a joke up here in Scotland. The Celts celebrate their folk traditions- their cultural heritage, their dancing and their music- but the English have tended to wrap theirs up in a veneer of slightly embarrassed politeness.

But it is still there- folk traditions that go back through the industrial revolution, down into the apple growing and corn harvesting middle ages.

Some of it is decidedly weird (check out the Britannia Coconut dancers of Bacup, Lancashire) and to most of us, Morris dancing will always raise a few eyebrows along with the smile…

But I am very glad that in the streets and hills of England, these traditions are still alive, because these islands would be a poorer place without them. 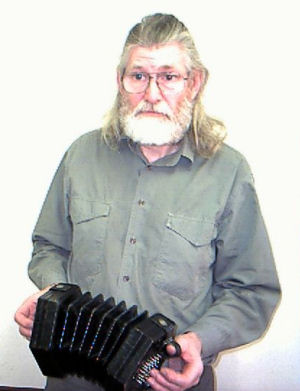 I have a love of folk music.

There I said it.

In some circles it is a confession that leaves a bad smell. I hope that this is less so than it used to be- people seem to be more eclectic in their tastes these days. But the dominance of mass produced music packaged up with an airbrushed image remains, despite the apparent freedoms brought by the internet.

I like most folk music- even some of the finger-in-the-ear-quavery-voice kind. I think I like it because it carries something authentic along with it- the real voices of generations past and present. Seen this way, folk music is a chance to reflect on who we are, and were we come from.

Here are a couple of quotes pinched from the English Acoustic Collective’s website.

Kazuo Ishiguro
“The way I see it is like this … There is this kind of treasure chest you have sitting in front of you, and if you were American or perhaps Irish you might have opened it by now, but because you live here it probably hasn’t occurred to you to do so yet. Well, I would urge you to open that thing up and delve inside it, because I believe you’ll find there a sublime vision of life in the British Isles at it has been lived over the last few centuries; and it’s the kind of vision that you can’t readily get from the works of say, Dickens or Shakespeare or Elgar or Sir Christopher Wren. If you don’t open that treasure box I think you are going to miss a certain dimension, a whole dimension of cultural life in this country so I urge you to do it.”
Speaking at the 2003 BBC Folk Awards, London

Dr John Sentamu
“What is it to be English? It is a very serious question. The English are somehow embarrassed about some of the good things they have done. Multiculturalism has seemed to imply, wrongly for me, ‘Let other cultures be allowed to express themselves but do not let the majority culture at all tell us its glories, its struggles, its joys, its pains’. A failure to rediscover English culture would fuel greater political extremism.”
Speaking before his enthronement as Archbishop of York, November 2005

I have blogged before about this thing called Englishness– how it has become a word that belongs to football supporters and a particularly loathsome kind of politician. Folk music connects me with another older England- which for the sake of differentiation, I have decided to call Albion.

Albion has roots that go deep into these rocky islands. And for centuries, around the camp fire,

and the factory floors,

and the old folks homes,

The people of Albion have been singing. Singing of their loves and sorrows, of injustice and of good food and wine, celebrating their hero’s- otherwise lost to history. Pricking the pomposity of those in power.

It is the poetry of the people, transmitted on a tune from town to town.

It may be speak of a version of ourselves that is overly romanticised and be shaped by unreliable oral traditions, but for all of that, the voices are real.

I love the folk from other places- where it is often valued more- but most of all, I love the voices of old Albion…

And for those Scottish friends of mine who think that I am forsaking my chosen place of residence, as well as my Irish roots- remember that the old word for Scotland (and parts of Ireland), ALBA- also comes from the word Albion. We share more than would seperate us, we children of these islands.

So, time for a bit of music I reckon…

And I reckon, in this wide world of wonders- there should always be room for the odd bit of Morris Dancing.

This made a splash in the blogospere and because I have been chewing on the nationalism thing (see here and here and here) I thought it worth posting!

Apologies to my ranty Scottish friends for exposing them to an equally ranty posh Englishman!

Here’s a bit of cockney folk-punk raconteur Billy Bragg, backed by a selection of brilliant musicians- including guitar genius Martin Carthy, and Chris Wood, he with the ‘dark brown voice’.

It manages to combine some stuff that says something right and true about being from a particular English tradition. One that is unsure of itself, and even if it has some awareness of it’s roots, is not static, but takes and incorporates from other cultures, and becomes something new…

And despite all the Empire Building and oppressing.

Despite the dark satanic mills and the miners strike.

Despite the Tolpuddle Martyrs and the Poll Tax.

Despite the Spinning Jenny and the Enclosure Acts

Despite Margaret Thatcher and the death of ideology

England is still a wonderful place.

And because the sound quality of the last one was rubbish- here is a bit more from the collective of musicians called ‘The imagined village.’

Finally, from the same collection- a slice of Benjamin Zephaniniah which gathers some more ideas of Englishness…

I loved Seth Lakeman’s set on Saturday evening- he made me proud- not sure what of exactly- perhaps that English-ness thing again.

A trip down south set me thinking again about my roots, and the nature of our heritage in these wonderful islands. 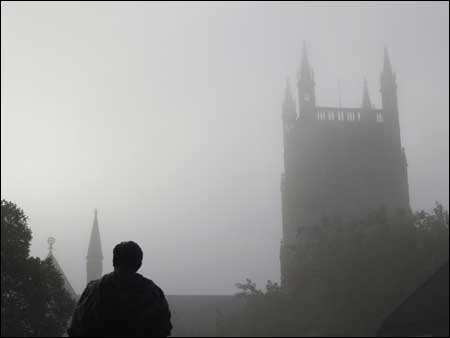 I have struggled to feel fully at home anywhere- at least in terms of geography. I am Northern English, if anything- and that is a different thing from Southern English I can tell you!

But my father is Irish.

And I live in beautiful, proud Scotland.

But still, I remain… English.

This comes to me in subtle ways. In gentle landscapes and rugged hills misted with rains and quartered off by ‘dry’ stone walls.

In a love for cricket in all its skillful grace.

It is wrapped up in stories of working men trespassing in the Penine hills in defiance of the landowners- claiming the gritstone for their weekends and their children’s picnics.

Of the Levellers and the Luddites and the Chartists.

Of the Methodists who formed the labour movement with their English kind of revolution.

It has nothing to do with this

Perhaps most of us encounter our roots through our cultural connection- perhaps above all things, through music. Perhaps that why I enjoyed Seth Lakeman driving folk music at Greenbelt so much. Despite him being a Southener, his music, rising as it does from working class South West England, communicates something of the history that connects me with who I am, and where I came from. My Scottish friends can not understand this- any more than I can really ever become Scottish.

One of my favourite bands is another West country duo called A show of Hands. They wrote a song that captures something of this. Here’s a you tube clip of their (somewhat naff!) video. Song is great though…