Sometimes the wonder of the world we move through hits you between the eyes.

Last week I had to take M to a hospital appointment. She spent half her life very ill from Ulcerative Colitis, until 10 years ago when for no apparent reason, all symptoms disappeared. However because of all the steroids she took there have been concerns about the effect on her bone density. As it happens however, she seems to be doing OK.

We are all passing through, and many are walking a much harder path than us at the moment. We have no right to demand days like today- all we can do is to be grateful when they come.

On the way back home, we stopped for a picnic next to Loch Lomond. Green salad and French bread.  Me and my wife, with the smell of Spring in the air.

I am not much into Valentine’s day. It always seemed too plastic. But I am into love… 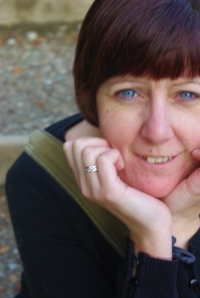 What more can be said of love?

What more can be said of love

That has not been said before?

You and I find each other

We curved a few moments about us

Knowing that all of this would pass

This house, this car, this bank balance

These objects shaped from memories

But love is not mixed from dust

It makes a spark that leaps between here

And the dark matter moves

We are back after a lovely few days in St Andrews- the sun shone and it was great to spend time together and to visit somewhere new.

Beach cricket (ours and watching a beach fixture played on Elie Beach.)

All those lovely little villages.

Sailing with Em and Will.

Too much good food. 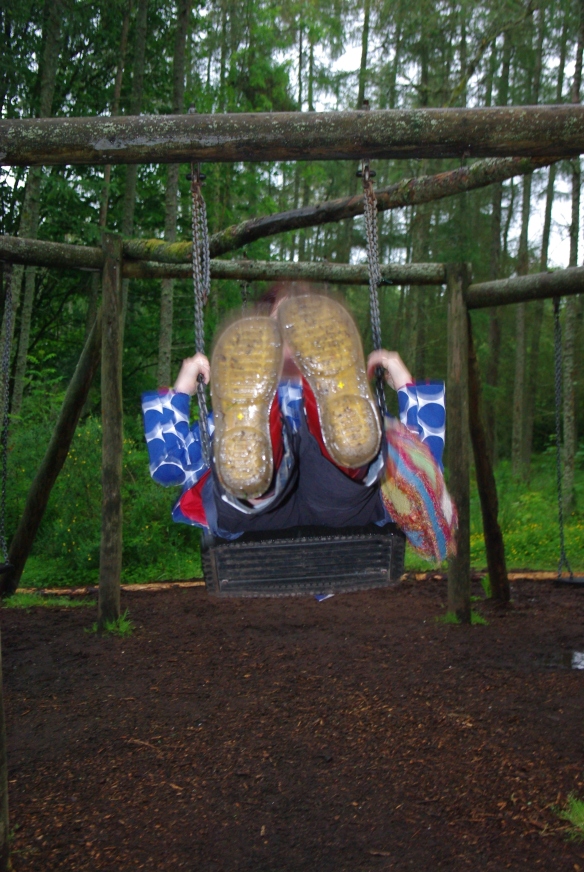 We had a lovely day yesterday- on the whole.

We were up and away on the 7 AM ferry because Michaela, Emily and Danielle participated in the Race For Life which took place on Glasgow Green- a 5K run/walk in aid of cancer research. Michaela walked- taking around 40-50 mins, Emily and Danielle ran and took around 25 mins. Well done!

It was a bitter sweet moment- as everyone running had the names of people on their backs- survivors and sufferers of cancer, and people no longer with us. We remembered most Michaela’s step father Robert whose died just over a year ago.

Unfortunately, whilst standing around and NOT running, my back suddenly went into spasm. It may have been some kind of empathetic response to all these thousands of exercising women, or it could have been associated with a hard day of DIY the day before.

I managed to hobble back to the car and take a handful of pain killers, but our next destination was Edinburgh, where Will and I were due to play a cricket match against a Royal Botanical Gardens Cricket Club side- an old fixture between our clubs, competing for our own little ‘Ashes’ urn.

When we arrived I could not get out the car- but I then did manage to free up a little- and being the first match of the season that has not been rained off, I was really keen to play, so out I went. Movement helped, and I managed to send down a few overs of arthritic wrist spin- 4 overs, no wickets for 12 runs. Beat the bat a few times, took an edge that was missed.

I went in to bat at number 4 with 40 odd to our score- not looking good. I blocked out the pace man whose tail was up and then took guard against a spinner, eyeing up a short boundary. I let the first one go by, but then had a go at the second- a bit of a stiff-back swing at one that kept low and under edged on to the stumps. Out. Blast.

William went in at number 6- and fared rather better! He looked very small- the youngest player by far. Campbell was batting well at the other end, and had a chat between each over- instructing Will to block out the bowlers- which he did, for around 5 overs- finishing with one run, but a whole lot of respect from the opposition! Even if he did put his Dad to shame. 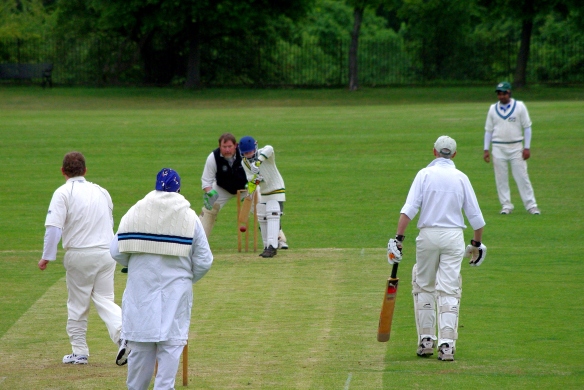 Finally, we met my brother Steve, his wife Kate and wee Jamie and went for a meal- before catching the last ferry (midnight) home.

This morning we all slept in- kids late for school. I can barely move, so my plan to go walking with Simon is done for. But it was a good day. Full of good people.

Taken in Robin Hood Bay, outside the cottage where we had our honeymoon 20 years ago…

Today is our 20th wedding anniversary.

I can scarcely believe it.

We were young together Michaela and I- she was lovely and kind, I was awkward and mercurial, but she saw something in me that others did not.

And who I am today is formed out of what we became together. Her tolerance, my dreams. My wide horizons, her warm fireplace. Her hospitality, my shyness. My creativity, her nurturing. Her mothering, my fathering.

And lots of love.

She decided to cancell her last one as it fell the day after the loss of her step father Robert. He is missed.

But today is a day for her.

The sun darkened for a while

But the clouds can never

On you my love

You warm them away

And should the shadows cast a sadness

For today the world will turn

And I am held still

Michaela was diagnosed with Ulcerative Colitis as a teenager- a disease resulting in ulceration of the colon, leading to severe pain, anemia, loss of blood, weight loss and lots of other things. The impact of an illness like this on a young person also resulted in  all sorts of tough psychological challenges.

The illness typically goes from flare ups (leading to hospital admission, or total bed rest) then periods of relative stability. Treatment is with steroids, or imuno-suppressant medication. In Michaela’s case, this meant never feeling fully well, always lacking energy and sometimes being dangerously ill. She coped well though- most people never knew she was ill- and she was careful to avoid letting it dominate her life fully. 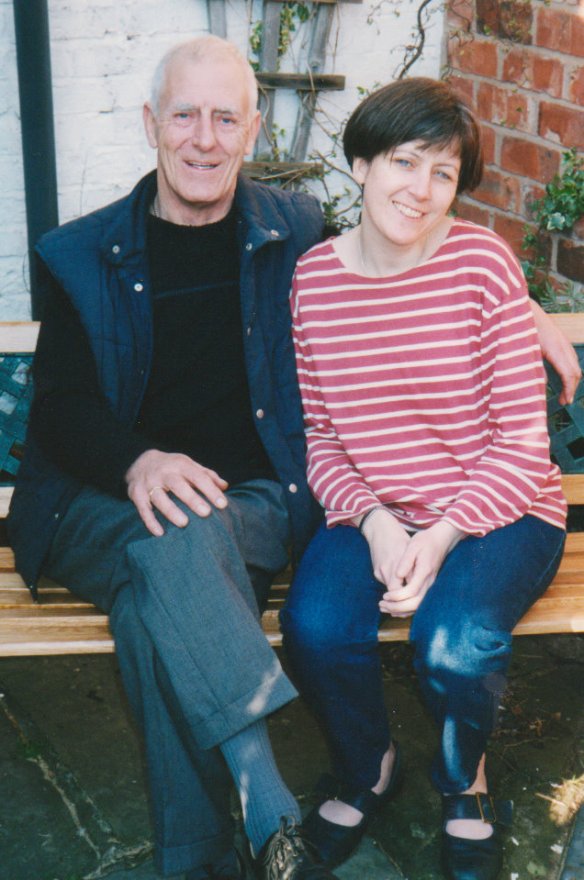 But she was always ill- I was looking at some old photo’s the other day taken when William was a baby. There was Michaela, like a beautiful doll. Skinny and ghost-white with anemia. How she coped with looking after a little baby I am not sure. 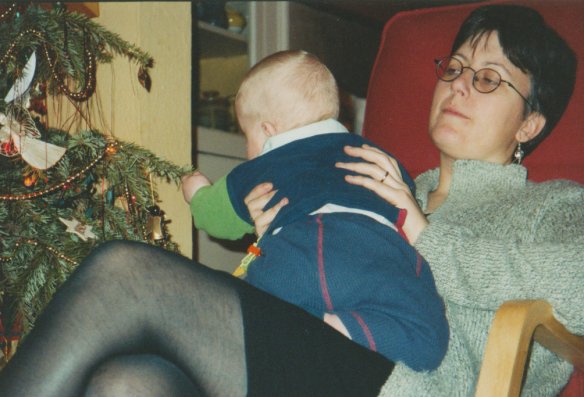 I got distracted- looking at all these old photographs… memories… 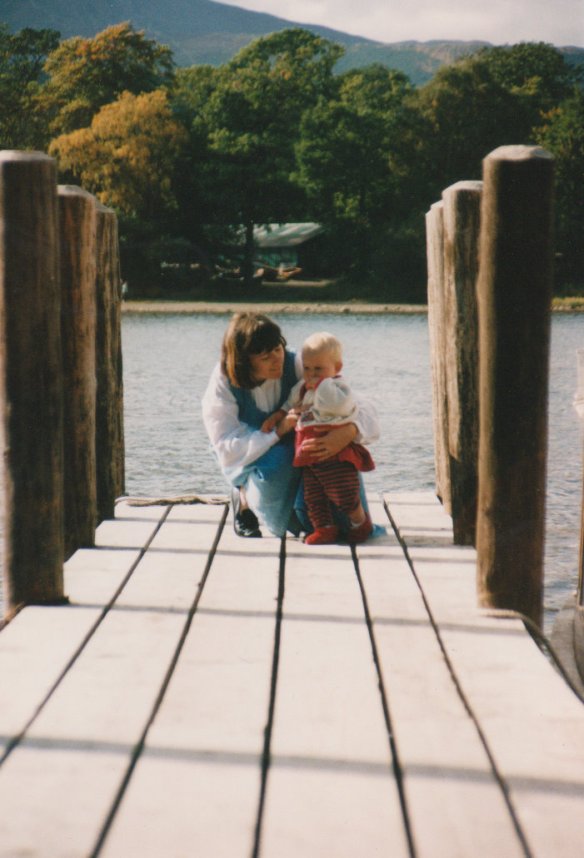 But anyway- on with the story. We moved to Scotland in 2002, and since then, Michaela has been well. Not just better than she was- but completely symptom free.

The doctors have been doubtful and a little puzzled, constantly asking her in for more tests, which she has increasingly resisted.

Whatever the reason, we are grateful.

And it gives me a chance to celebrate the beautiful woman (inside and out) that married me by digging out some photos.

It must be love….

I love my wife.

Sorry to get all soppy, but I do.

She still sometimes sends me cards for no particular reason and yesterday, she sent me one with a poem inside, which I am going to reproduce here.

Words are such wonderful things- they flex like muscles and can hold you in their tender embrace.

Of sunsets and adventures

And our bags are packed

Medicine for the soul

Some friends will expect news

Pack the address book too

Do not forget the map

We climb into the week

Let me carry your bag of troubles

I’ll meet you at the weekend

In a cafe with yellow walls

And smile in the family album

The stars are out.

And Michaela reminded me of a discussion we had a few years ago about the mystery of God. It stemmed from me quoting Gregory of Nyssa, who apparently said something like this-

The move towards God is a journey into Holy darkness.

It really resonated with me- it spoke of the mystery of God, and the presence that we often feel in open spaces. It also spoke to me of a process of unknowing that I was experiencing at the time- a loosening of absolutes and a discovery of faith that is no longer built from stones, but is made up of reflected flecks of light.

The first collection of writing I put together was called ‘Blue Dark‘ because of old Gregory… and because of a lovely poem by our friend Susan.

At the time of our discussion, some of my friends (and Michaela) did not get it. God is LIGHT not darkness they said. Darkness is about fear and loneliness…

Then Michaela had this encounter with starlight.

And, unusually for her, wrote a lovely poem. I thought it time to reproduce it here, along with some photo’s taken this evening…

Starlit darkness
In the darkness
Is a childhood fear
Safe from one streetlight
To the next
Fear locked away
Till I am again
Out alone
No streetlights to rely on
In the darkness
Is no hope
No mystery
At best nothingness
At worst a nightmare
Waiting to happen
But then you talk
Of the starlit darkness
And I remember for a moment
The fear
The quick steps up our hill
Only to stop halfway
Breath taken by the beauty
Eyes lifted heavenward
Thankful for the big sky
Eyes searching something familiar
But yet awesome
No more fear
Only wonder
At the beauty of the darkness
That brings out the stars.
Michaela Goan
December 2007 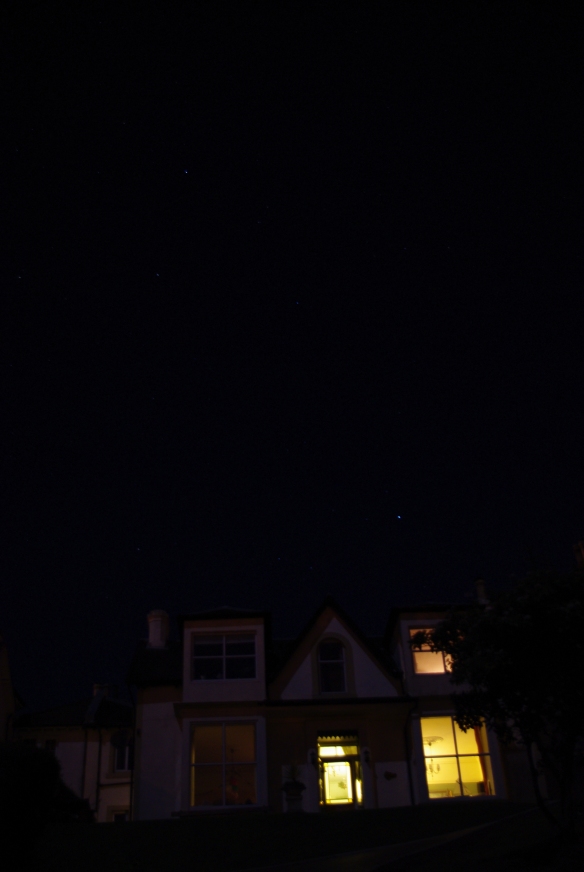 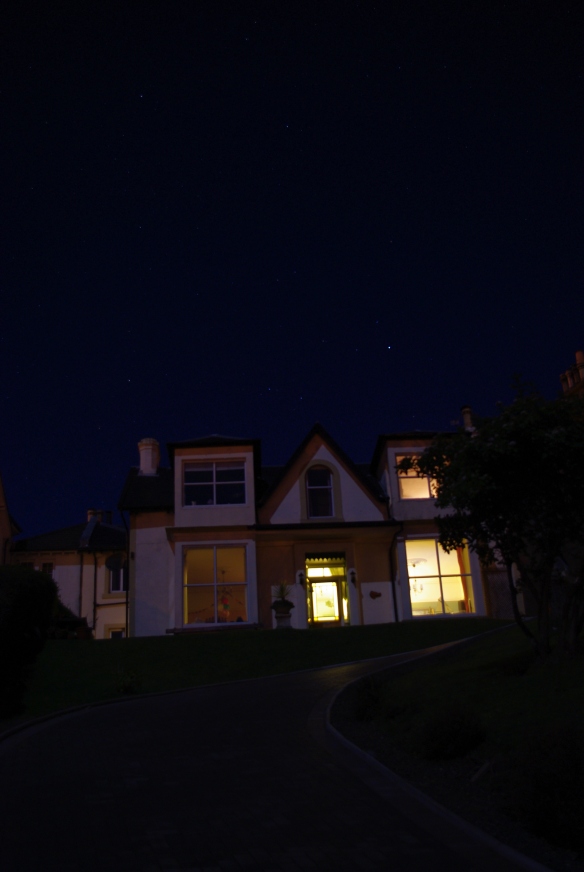 this fragile tent
Blog at WordPress.com.